Final height of Everest may take a year: Survey Dept 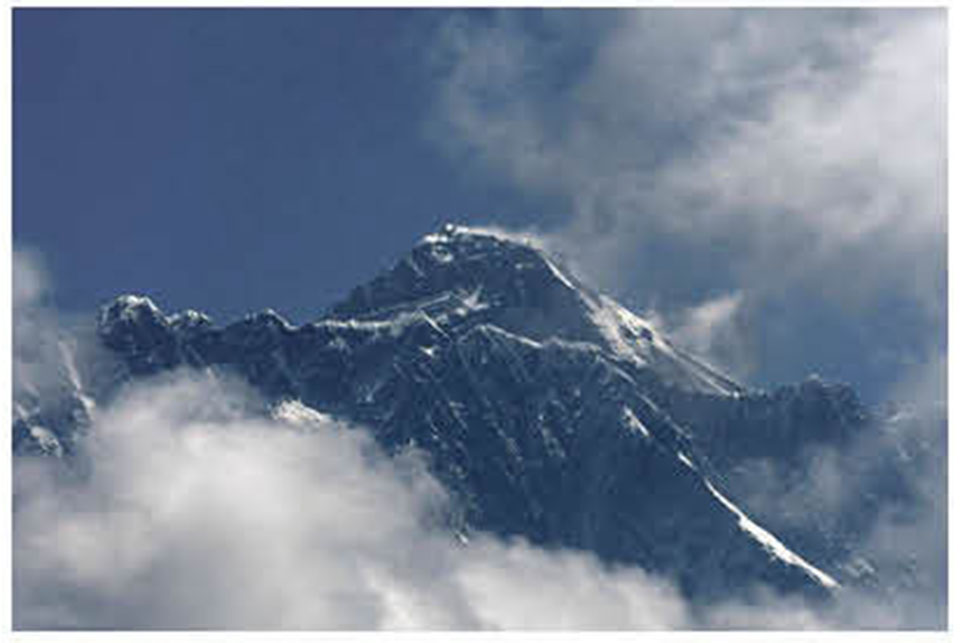 KATHMANDU, June 29: Survey scientists involved in measuring the height of Mt. Everest have said that it might take nearly a year more to come up with a final figure. Although around 85 percent of work related to leveling surveys has been completed, surveyors say the remaining work is being halted for a few months because of the monsoon. The initial target of completing the survey work by December and finalizing the results will be delayed by a few months.The remaining work is to resume only after mid-December, it is stated.

“It will take an extra four to five months once the work resumes, and we also need to complete the data tabulation and computation,” said Damodar Dhakal, director at the Department of Survey, the body measuring the height of Everest .

Director Dhakal, who is also the spokesperson of the department, said they will come up with the final results by April 2020 if everything goes as planned. Some work related to gravity measurement, global navigation satellite system survey and triangulation has not been completed, he added.

The Department of Survey started leveling surveys in January 2018 from Mirchaiya in Siraha district as part of the height survey. Mirchaiya is the first point in Nepal from India, .

The department had initiated the survey work with a goal of completing the task on its own within two years. But the surveyors could not work during the monsoons .

Last spring, a team of survey officials installed a high-tech GPS device on top of Everest to collect precise data for that particular point. Since Nepal has no access to sea level the India's survey department provided leveling survey data from sea level to Mirchaiya. Data collected from the Indian surveyors is crucial for calculating the height of Everest.

Everest straddles Nepal's border with Tibet and Nepal has never had the chance to measure it on its own. Other countries like China and the USA have come up with conflicting figures for its height . Some scientists have surmised that Everest shrank a little after the devastating earthquake of 2015.

While various countries including India, China, Italy and the US and Denmark have measured Everest several times its height has been recognized as 8,848 meters, or 29,028 feet. That was the figure arrived at by George Everest, the surveyor general of India under the British, after whom the mountain was named.

Courts across the country to remain closed today
53 minutes ago