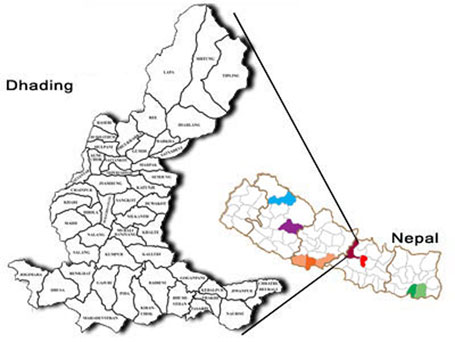 DHADING, June 26: Dhading's five local units have failed to present their budgets even as the deadline to do expired on Tuesday.

Dhunibesi Municipality and four rural municipalities including Galchhi, Rubivalley, Tripurasundari and Ganga Jamuna failed to present their policies and budgets for the new fiscal year.

“Due to the sudden demise of a member, Kali Mijar, the municipal assembly was not summoned Mayor Balkrishna Acharya.

The municipal assembly at Trispurasundari Rural Municipality was halted due to the ~Ibanda~I (general shut-down) called by the Netra Bikram Chand-led Communist Party of Nepal. “The assembly could not be held as the ~Ibanda ~Iaffected the mobility of the ward chairpersons and members,” said chairperson of the rural municipality, Shambhu Thapa.

KATHMANDU, July 24: An aftershock of the Gorkha Earthquake with its epicentre around Gajuri of Dhading district was felt this... Read More...

DHADING, Sept 27: At least 19 have people died while 15 were critically injured when a bus veered off the road... Read More...