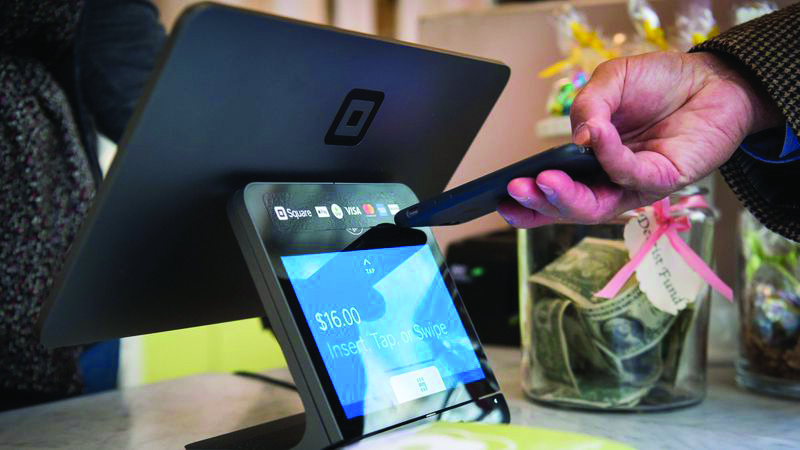 Over these years mobile payment in China and Sweden is initiating new global trend of cashless economy—Sweden by volume of cashless transaction marking 85 percent digital payments and China by showing secured way to develop cashless economy. In this backdrop, Nepal seems running against time as the central bank recently banned Chinese digital payment services like Alipay and WeChat pay in Nepali market. Government was forced to take this step as these payment systems were not registered in Nepal due to lack of required economic framework for integrating such payments.  The government has promised to give legal status for Alipay. But we have not reached the level to accept such digital wallets yet.

The government should now consider building better economic infrastructure and promote the penetration of digital payments along with secure Id linked systems to provide a unified payment process.

By venturing into cashless economy, people will get rid of need to carry bulky paper notes. And people need no physical presence to make payments. Both customers and market stakeholders will benefit if Nepal encourages digital payment in mainstream transaction approach. Such payment system has more advantage than cash because all digital transactions are recorded and can be accessed anytime for accountability. It enables people to track spending and manage their budgets accordingly. This will also help authorities to curb corruption and the flow of black money.  The government can also use the online data of transaction to analyze the flow of cash and frame economic policy accordingly for collective benefit.

Digital wallets offer economic security by minimizing the misfortune of lost cash or misplaced cards and security protocols such as biometric IDs and the authenticating system give sense of security to people. Besides, some day-to-day cash problems like lack of change, torn currency and other cash hitches will permanently get resolved with digital wallet.  The immediate advantage of going cashless is automated security for both vendors and customers. Physical cash has long been vulnerable to theft and its removal has potential to minimize crimes like robberies. Digital transaction will also make payment more efficient with tap-and-go approach, cutting down long payment queue.

On top of that, a cashless society would be a boon for the economic growth. Many studies have shown that people often give up small purchases if they lack cash but with cashless options available, they would be more likely to make more purchase, adding revenues to state vault. When any nation takes step to cashless system, there is more chance of economic growth. Non-cash payments make it easier and quicker for people and businesses to buy goods and services, pumping money into the system faster and contributing to GDP.

But the fact remains that cash is still the default payment option in Nepal. Digital payments still remain exclusive to majority of Nepali population because of the technology gap like unavailability of internet and lack of proper digital consciousness. Such technological gaps can be mitigated with other innovative solution.

One can be the use of sound-based payment system instead of QR code scanner which demands internet. Nowadays sound wave technology is developing as a potential game-changer for digital payments. The technology is making transactions possible between devices without the need for internet connectivity or communication tools.  The sound waves transmit the details of the transactions like IDs, amount, merchants, etc while the Mobile Wallet uses the available funds to confirm payment.

A built-in program integrated at both party’s device encodes data into sound waves which can be transmitted for making offline payments. There is no need of other hardware besides phone because when seller’s device produces sound waves having encrypted payment information, the buyer’s phone will receive the data and make payment accordingly.

Let me explain it with an example. You arrive at cashier’s desk for payment and the cashier device will offer you the sound of purchase detail (like digital invoice). The mobile app will listen to sound waves and make the payment using mobile wallet. The receipt will get displayed on the screen and will be provided in print too. The operating method is very similar to other mobile transaction which uses QR code.

Just remember those early inventions such as fax machines, cassette tapes and discman. At one point they were vital part of our day-to-day lives. Today, they’re nothing more than relics of past, each having been replaced by more upgraded solutions. It may seem like fantasy now, but cash could get replaced with mobile wallets. According to the latest Management Information System (MIS) Report of Nepal Telecommunications Authority (NTA) the figure of mobile subscriptions has outnumbered Nepal’s population. With a single person subscribing to more than one service, the mobile service penetration rate has hit 105.15 percent of the population. Also we already have digital payments like Esewa and Khalti Wallet but they have limited integration with market because they lack governmental support.  With this massive rate of mobile population and existing payment apps, Nepal stands on the edge to wake up in new economic age of digital wallet.

It will be difficult for Nepal to become a cashless economy at once. So at initial stage, emphasis should be given to urban population with access to technology and digital awareness. If only half of the urban population start using digital transaction then Nepal will slowly move toward less-cash economy at first phase and simultaneously will step forward for second phase of cashless economy. For this the government needs to learn from cashless infrastructure built by other countries and make strong economic policy that suits our context. Also to protect the system from possible digital breach and ensure safe transaction, the government should adopt advanced tech model being exercised by other cashless societies.