Director and the troll 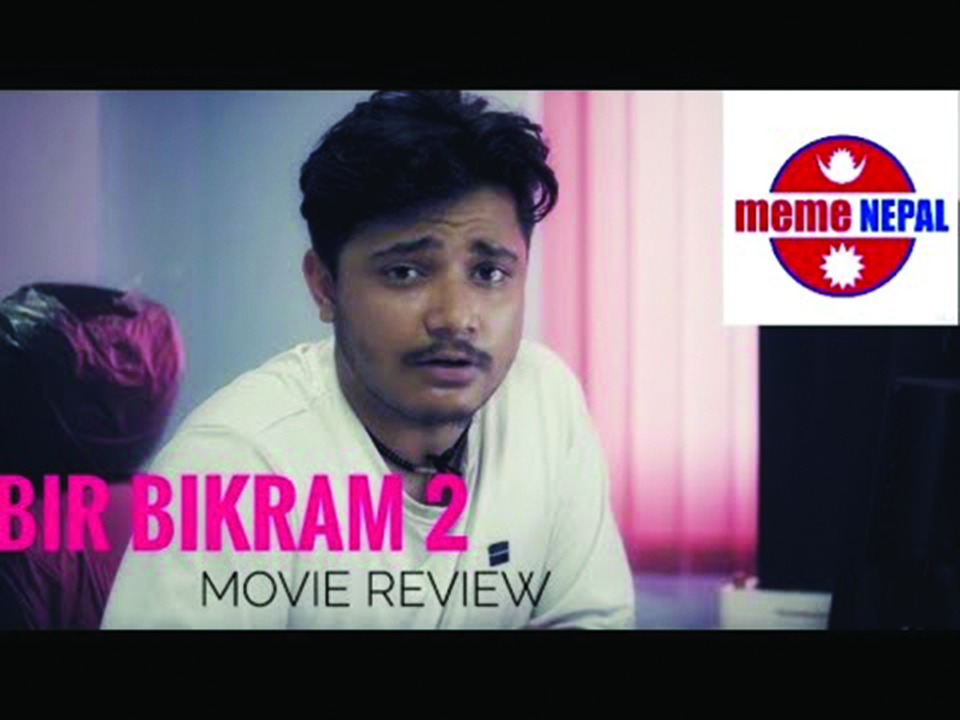 Whether a movie is actually bad is beside the point. Your movie may win an Oscar, but if I don’t like it, I still have the freedom to shout from the mountain tops that your movie is bad

The Milan Chams—Meme Nepal saga has shown that Milan Chams is the opposite of Voltaire. Chams disagrees to disagree. This saga has shown that in addition to being a mediocre filmmaker, Chams also has no sense of humor. As an aspiring screenwriter, it is my suggestion to Chams that he should avoid making any comedies in the future. I wish our paths never cross.

Richard Dawkins coined the term “meme” in his book The Selfish Gene to explain how information spreads through a society. Dawkins’ idea of a meme was something that may happen unknowingly or subconsciously, and it is often difficult to trace its origin. Dawkins’ original idea is a cultural phenomenon that arises organically without anyone taking credit.

Sometime during the 1990s, when the internet exploded, the “Internet meme” started gaining popularity. An internet meme differs significantly from Dawkins’ idea. An internet meme is, often, easy to trace due to digital footprints. Internet meme creators are also more than happy to take credit for their creations.

Internet usage has surged in Nepal as computers and internet subscriptions have become more affordable and readily available. As more and more Nepalis get access to the internet, the spread of meme culture will only increase. This culture thrives in commenting on social, political, philosophical, cultural and other changes through images and videos. Pranesh Gautam, with Meme Nepal, is a member of that culture.

This saga shows that Chams fails to realize the movie industry that he works in and the meme culture that Gautam works in have two things in common.

First, both use the freedom of expression to thrive. It allows Gautam to troll his audience through mediocre memes. It allows Gautam to call a movie bad. Whether a movie is actually bad is beside the point. Your movie may win an Oscar, but if I don’t like it, I still have the freedom to shout from the mountain tops that your movie is bad, bad, bad. Chams uses the same freedom of expression to troll his audience with mediocre movies. Both Gautam and Chams have the freedom to do that. And, as consumers of both these cultures, people like me watch their products and cringe.

Second, Gautam and Chams both rely on audience interaction to make their products popular. Successful and repeated interaction is what makes both movies and memes popular. Both require word-of-mouth to become popular. If enough people do not watch a movie and tell their friends how good the movie is, thus enticing others to go and watch the movie, the movie fails. Similarly, enough people have to see a meme and forward it to their friends who they think will LOL at the meme.

The Chams-Meme Nepal saga also speaks volumes about the kind of society we live in. People like Milan Chams are able to use their connections and celebrity power to put little guys like Pranesh Gautam behind bars. It has happened so easily and government agencies have been more than happy to oblige the filmmaker. Nepal Police has shown, yet again, how powerful people are able to get accomodating services from the police at will. The Court has shown its eagerness to please an individual filmmaker and impose unjust punishment on someone who simply said bad things about a stupid movie. What does this tell us? That democratic liberties rank below a filmmaker’s hurt sentiments?

Let us be honest here. Gautam’s video is bad, in the sense that it failed to be “forwardable” to friends and has very little LOL moments. It failed to be memeable. Only his hardcore supporters would love that video. Chams’ movie did not fail because some guy called Pranesh Gautam made a ridiculous video about the movie filled with even more ridiculous memes.

Milan Chams fails to recognize that millions of memes are created every year and they die poor deaths. Only a handful make it big and become popular. Does that remind Chams of something? It should. Only a handful of movies every year become hits. The movie that Chams made did not have a good word of mouth. He simply made a movie that sucked. That is a fact. Total viewership and total box office collections are facts.

Meme Nepal had nothing to do with Milan Chams making a movie nobody wants to watch. It is time for Chams to recognize that he has set a very bad precedent by campaigning against freedom of expression. He has more to lose from this saga than the guy who makes memes in the internet. If Chams has any decency left in his being, he needs to apologize to the public for the scene he has created and withdraw his case. Pranesh Gautam has been released on condition that he should appear before the police. He should be set free.

First governor of NRB passes away
30 minutes ago