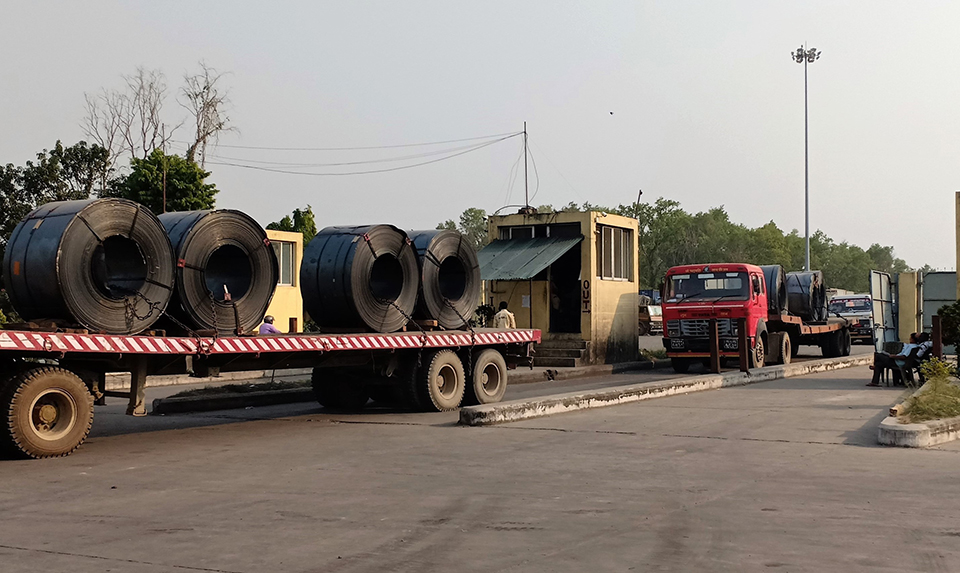 BIRGUNJ, June 11: The Ministry of Home Affairs has issued a minister-level notice to 22 district administration offices including those in Bara and Parsa districts, against stopping vehicles transporting raw materials for production units.

The notice states that those vehicles are not to be troubled, nor should they be stopped unless requested by a road and transportation regulatory body.

The latest instruction comes eight months after a circular about efficient facilitation of transportation along the Birgunj-Pathlaiya industrial corridor. Prior to this, a similar secretary-level notice was issued.

The decision was made based on transporting agencies' complaints about traffic police officials getting unauthorized money from the drivers.

Meanwhile, officials at the Department of Transportation Management have been expressing their disapproval of the Home Ministry's decision saying that it was against the rules related to the weight of freight carriers.

Stating that the department had the right for implementation, description and conflict resolution, the department officials have claimed the decision made eight months ago by the Home Ministry went against its jurisdiction.

The notice sent by Home Ministry official Deepak Poudel to the district administration offices reads: “Load bearing capacity control shall be lawful when done by road and transportation bodies.” The ministry's notice also mentions the complaints made by transportation operators against traffic officers.

The decision is expected to benefit production units along the Birgunj-Pathlaiya corridor. There are more than 500 factories spread across this region, and about five dozens of them import raw materials in huge quantities.

Iron factories here import variants of iron ranging from coils and pig iron to sponge iron. Similarly, cement factories import clinker and gypsum, among other raw materials. Such raw materials are imported into Nepal through the Birgunj customs and dry port.

Transportation of raw materials into the border is often carried out illegally by importing more quantities than allowed by the government. This has often led to road accidents and damages to the road structures. Taking advantage of this, and in the name of controlling the problem, officials are often blamed of charging unauthorized fines from the drivers.

KATHMANDU, April 6: The Home Ministry has today launched a website in a bid to disseminate the latest information about... Read More...