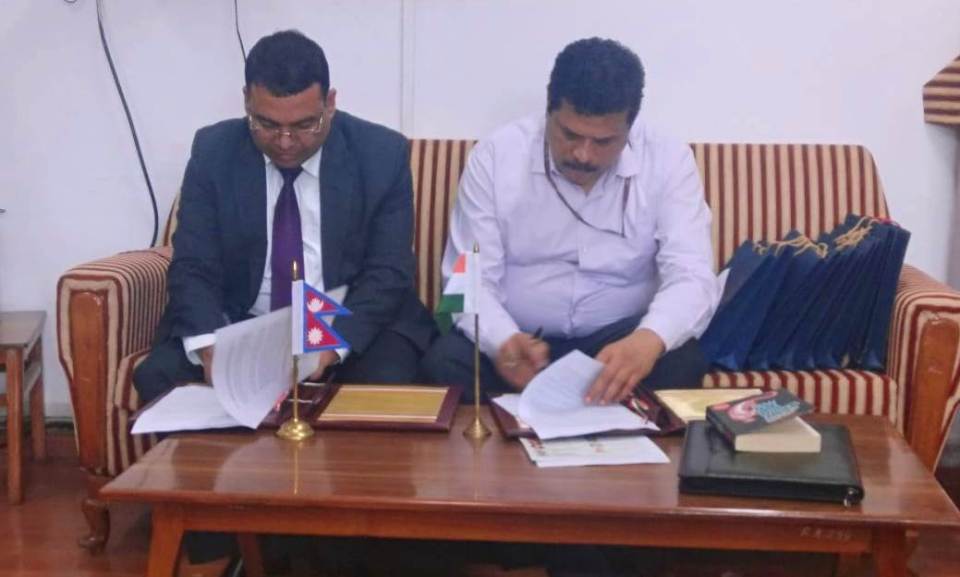 KATHMANDU, June 8: Nepal and India were agreed to amend Nepal-India Rail Service Agreement to include waterways as a mode of cargo transport to enhance connectivity between the two countries, according to media reports.

The two sides reached the consensus during their third Comprehensive Review Meeting of Nepal-India Rail Services Agreement which was concluded in India on Friday.

The meeting dwelt on various measures to further ease rail cargo movement, both transit and bilateral, according to Nepali Embassy in New Delhi.

According to Pravir Pandey, Chairman, Inland Waterways Authority of India, currently, the Indo-Nepal treaty of 1991 only allows movement of cargo by road and rail between the two countries, the Hindu Businessline reported.

“We are working on enhancing the waterway connectivity between India and Nepal. Currently, the cargo that comes to Kolkata or Vizag has to go by road or rail to Nepal. This is because the trade treaty recognizes only these two modes of transport. The clause is being amended to include waterways,” Pandey was quoted by Hindu Businessline.

The Commerce ministries of India and Nepal have taken the lead in bringing in the amendment. “A couple of meetings have already been held and they have drafted the amended clause. It will see the light of the day very soon,” Pandey added.

A high-level delegation of officials from Customs, and Commerce and External Affairs ministries visited Nepal in April to discuss the routes that can be taken for the transit of cargo using waterways, according to the report.

These apart, the Nepal government has requested India to explore whether the Gondak river could be used as a waterway right up to the border of these two countries. However, this will call for technical studies to understand if ships of larger size can move through Gondak up to Nepal, Pandey said.