'FM stations in Nepal enjoy freedom like no other country' 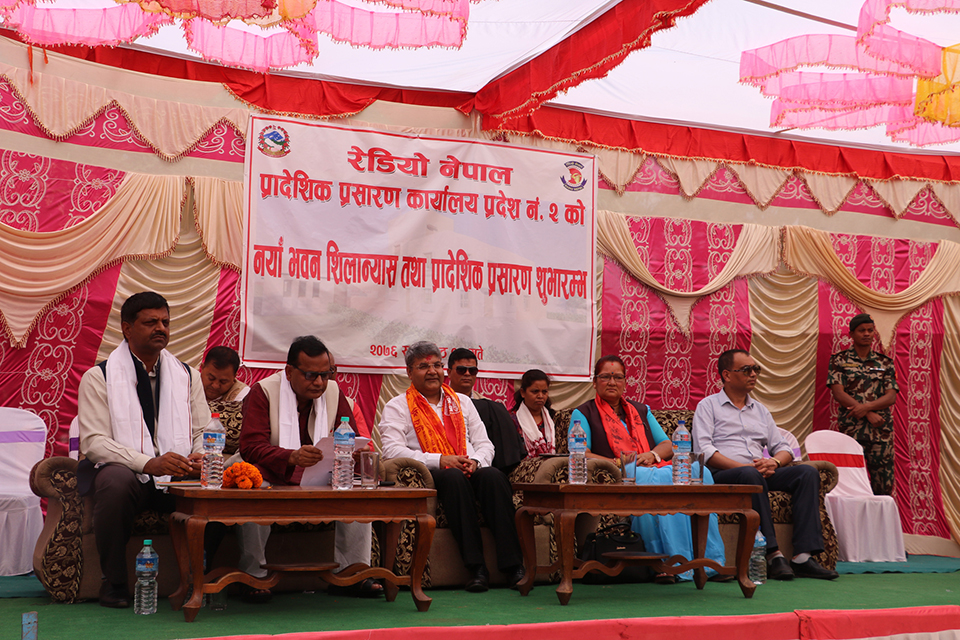 SARLAHI, June 2: Minister for Communication and Information Technology Gokul Baskota on Saturday claimed that FM stations in Nepal enjoy the freedom which no other country provides.

Minister Baskota made such remarks while speaking at the inauguration ceremony of the 11th anniversary of Radio Sarlahi in Hariwan. According to the minister, when it comes to operation of FM stations, Nepal is exemplary in south Asia.

"In other countries, FM stations are not even allowed to read news stories but in our country they are doing everything," said Minister Baskota, adding, "What else can be a better example of press freedom than this?”

Replying to the queries of journalists, he said that the government had to bring the Media Council Bill as the present-day journalism focuses more on fantasy rather than facts.

"Media must concentrate on disseminating actual and factual information rather than propagandas. That's why the new bill has been brought to regulate media," he added.

Stating that increasing foreign investment in media is dangerous for the nation, he urged everyone not to take journalism as any kind of business. He accused some anti-communist people of plotting against the new bill which has been introduced with the sole intention of making journalism more responsible and accurate.

"We don't want our journalists to always write news in our favor," said Minister Baskota, who is also the spokesperson of the government, adding, "If we are wrong and media has enough evidence about it, we are ready to accept strong criticism. But we must also know how to appreciate good work."