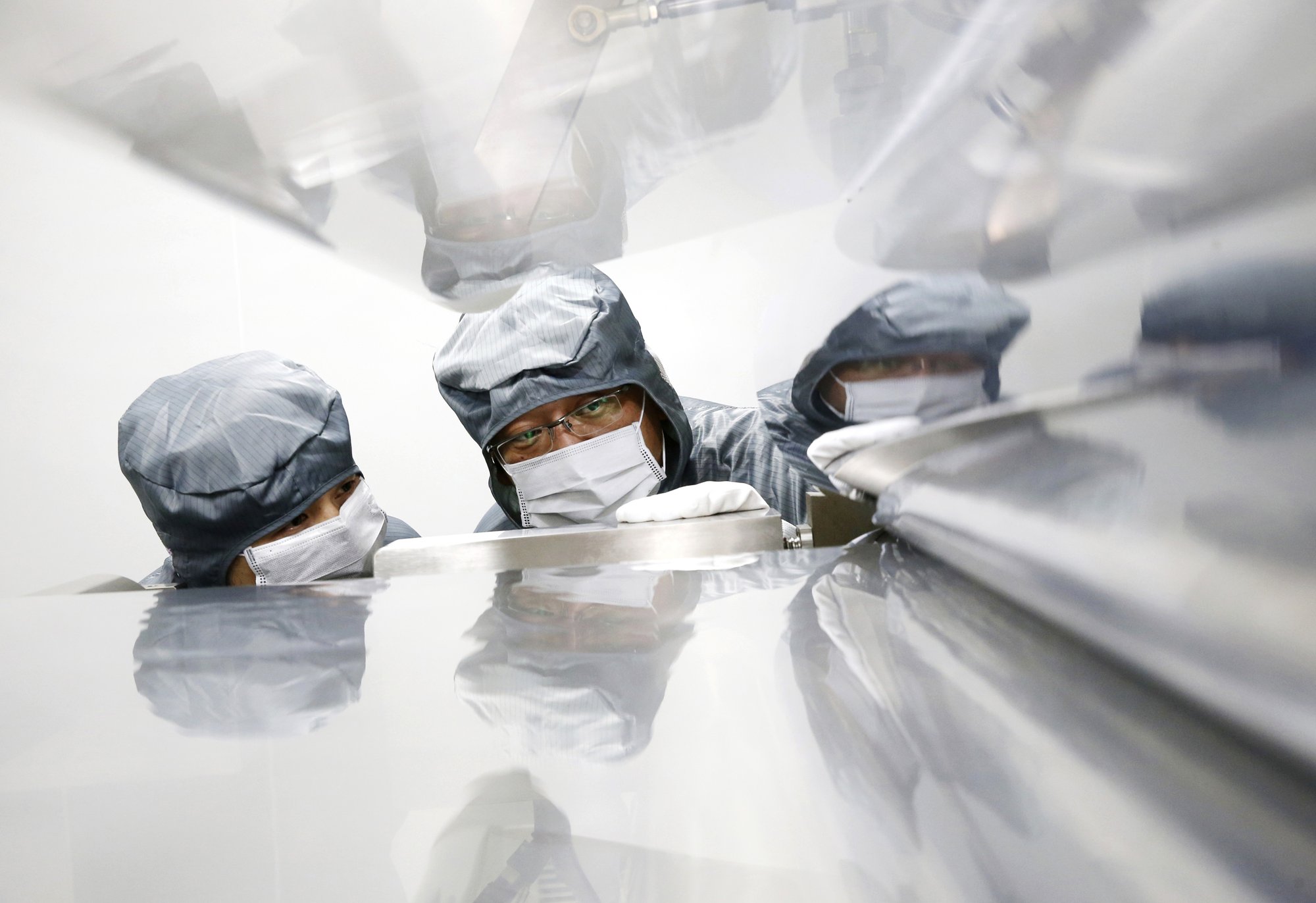 In this May 24, 2019, photo, workers talk at a composite materials manufacturing plant in Nantong in eastern China's Jiangsu province. China's factory activity fell into contraction territory in May amid an ongoing trade dispute with the U.S. that has seen higher tariffs slapped on Chinese exports. (Chinatopix via AP)

BEIJING, May 31: China’s factory activity fell into contraction territory in May amid an ongoing trade dispute with the U.S. that has seen higher tariffs slapped on Chinese exports.

The National Bureau of Statistics and an industry group, the China Federation of Logistics & Purchasing, said Friday the composite purchasing managers’ index of China dropped to 49.4 in May, down from 50.1 in April on a 100-point scale, marking a three-month low.

Any reading below 50 shows that activity is contracting.

“We believe that the contraction in new orders means domestic manufacturing activity has been affected by both the trade war and the technology war,” ING Greater China economist Iris Pang wrote in an analysis.

The world’s two biggest economies have been locked in a standoff over trade balances and technology, including allegations that China uses unfair tactics, such as stealing trade secrets.

The Trump administration has imposed 25% tariffs on $250 billion in Chinese imports, with plans to tax another $300 billion in imports that have so far been spared. It escalated the stakes in May by effectively barring U.S. companies from supplying communications equipment maker Huawei with computer chips, software and other components without government approval.

The PMI figures released Friday appear to show that “economic growth in China has yet to bottom out,” wrote Capital Economics senior China economist Julian Evans-Pritchard.

The fall in PMI was mostly driven by a weakening in new orders, Evans-Pritchard wrote, suggesting that Washington’s latest tariff hike “may already be undermining foreign demand.”

Non-manufacturing PMI held steady at 54.3 and the sub-index for the service sector was up slightly. The sub-index for construction, however, hit a 15-month low, pointing to a loss of momentum in infrastructure spending.

The full manufacturing picture may appear more clearly when the May reading of the Caixin manufacturing PMI is published on Monday. That is considered a better guide to cyclical trends than the official index.

“But for now, the official PMIs suggest that growth remains under pressure, consistent with our view that there are still some downside risks to near-term activity,” Evans-Pritchard wrote.

China set an annual economic growth target of 6 to 6.5 percent for 2019, but that was before the tariffs.