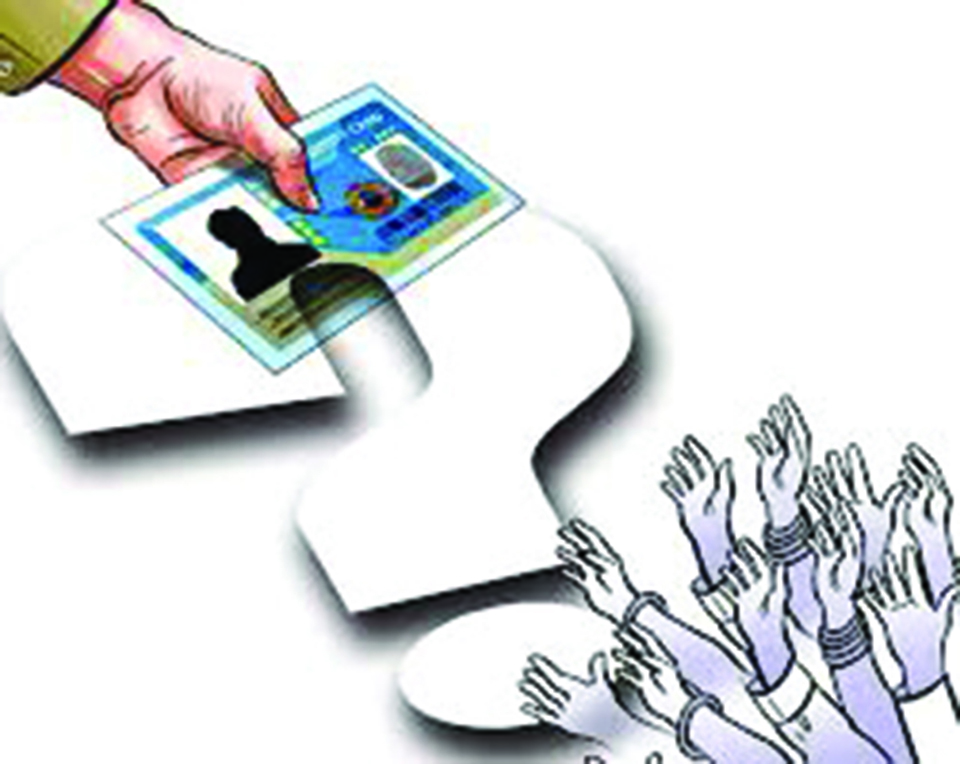 Part III of our democratic constitution states that the state shall not discriminate against its citizens on the grounds of origin, religion, race, caste, tribe, sex, economic condition, language, region, ideology or other grounds. Yet the Brahminical patriarchy entrenched within our nation always seems to have an upper hand when it comes to issues related to sexual and citizenship rights. The Citizenship Act of 2006 is only one of the examples of such biases perpetuated by the Nepali state which discriminates women in various ways.

So what’s wrong with Citizenship Act of 2006? This Act acknowledges the right of Nepali mothers to pass on their citizenship to their children. Prior to this, Nepali citizenship could only be transmitted to children through a male member of the family. Although a plausible change, it still contains many drawbacks that need to be rectified. For instance, a Nepali woman married to a foreign citizen can only provide her child with naturalized citizenship which means the citizenship from a mother to child is not naturally transferred after the birth but will depend on the discretion of the authorities who have the right to grant or deny such citizenships. If the child manages to obtain a naturalized citizenship, he or she will be denied the right to occupy various high ranked positions in the country. A woman can also only pass on the citizenship to her child if the father is not recognized or the child does not receive the citizenship of their father’s country. Also, a Nepali wife will not be able to transfer her citizenship to her husband immediately after their wedding as opposed to Nepali man who can easily provide his wife and their children with Nepali citizenship. This shows a clear bias in not only the ability of women to transfer their citizenship to their children and as compared to men but also the right of these women to live with dignity in the nation that they call their own.

The geographical location of Nepal between two emerging superpowers—China and India—has been used as an excuse to deny women the rights that they deserve as equal citizens of the nation for several decades now. The state seems to have created a “moral panic” among its citizens claiming that providing women with the right to confer their citizenship would make it easy for Indian men to “Indianize” Nepal or take powerful positions within the country. This “moral panic” created by the state easily reinforces the superiority of one gender over other. In reality this fear emerges from two primary factors. First, the patriarchal mindset that expects its women to be the reproducers of “proper citizens.” Second, the Hindu norms prevalent in Nepal that expect its women to be subdued members of their husbands’ families after the wedding. A woman’s children then carry her husband’s lineage more than her own. These apprehensions and patriarchal notions of our lawmakers have led them to conclude that if these women have children, they will undoubtedly be foreigners. And God forbid if the father is from India, then this Indian family with their honorary Nepali mother and Indian children may capture Nepal. They might do a better job at (mis)ruling Nepal than our politicians and bureaucrats are already doing.

Moving on, women as per our law seem to be these mindless-emotionless agents in the hands of whom the dignity of the nation can be endangered. The law considers our women to be easy targets through which foreigners and their children can get a Nepali citizenship (A surprising hypothesis at the time when thousands of Nepalis themselves can be seen smuggling their way through to get a permanent residence anywhere outside Nepal by hook or by crook). Women are also considered incapable of deciding who can be their life partner and who is marrying them merely to become the potential dictator of Nepal. Ironically, the same logic does not apply to men. It is surprising how foreign women who marry Nepali men are not considered a threat at all. These women who marry Nepali men could never, in the wildest dream of these leaders, become the potential leaders of the country or rule the nation in any other way. Those who have consistently argued for this law claiming the “precarious geographical situation” of Nepal have never given a second thought to the woman leader in our neighbouring country who has a European heritage. I am not implying that even men should be restricted from passing on their citizenship to their wives and their children but I am just trying to question the notion that considers only “husbands” or men as capable rulers of the country.

The association between women and dignity is not new to the Nepali culture. Every family, every community and every state in this world attaches with women the notions of shame, honor and dignity. Women are expected to uphold these notions to maintain the purity and homogeneity of not only their community or family but the entire nation. This kind of expectation from women to raise a second generation of the so-called pure Nepali citizen has a biased understanding of what Nepali women is and is supposed to be. It is sad that despite numerous riots, conflicts, political and economic turmoil and a decade-long revolution to bring about a democratic change in the country, more than half of its population has still not been granted their basic citizenship rights. It is also ironic how the constitution confidently considers Nepali men to be the rightful bearers of the citizenship torch while women are merely considered their wives or daughters. As a result, women are considered a threat to their izzat or honor rather than potential contributors to socio-political and economic wellbeing of the country.

The author is pursuing Master’s degree in Gender, Media and Culture at the London School of Economics and Political Science

Are we a peaceful nation?

Based on Nepal’s happiness index, Nepal is a happy country because we do not have violence but we are also... Read More...

Lalitpur DAO suspends all but essential services
15 hours ago

Govt decisions for COVID-19 prevention and control to be effectively implemented
22 hours ago
Residents can install EVs charging units for their personal use: NEA
13 hours ago

Prices of PCR test revised to Rs 800 in govt hospitals, 1,500 in private hospitals
14 hours ago