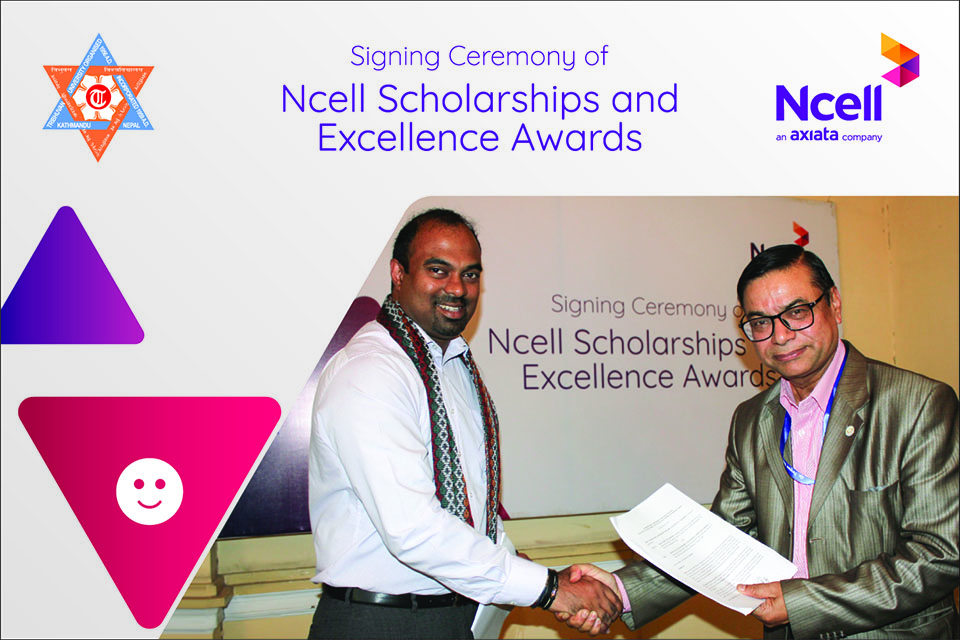 KATHMANDU, May 21: Ncell Pvt Ltd has signed an agreement with the Institute of Engineering (IOE), Pulchowk Campus, to give continuity to the 'Ncell Scholarships and Excellence Awards' program for the next 5 years.

The agreement was signed on Monday between Kanishka Gayan Wickrama, Chief Finance Officer (CFO) of Ncell and Professor Ramchandra Sapkota, Dean of IOE.

Ncell has agreed to provide scholarships and excellence awards worth Rs 13 million to students of electrical, electronics, computer, civil and mechanical engineering faculties at the campus for five years starting 2019.

Both scholarships and excellence awards carry amounts worth Rs 100,000 each. Ncell had instituted the awards in 2014 under its corporate social responsibility (CSR) initiative. During the period of 2014-2018, a total of 60 students were awarded Ncell Scholarships and 20 students received Ncell Excellence Awards.