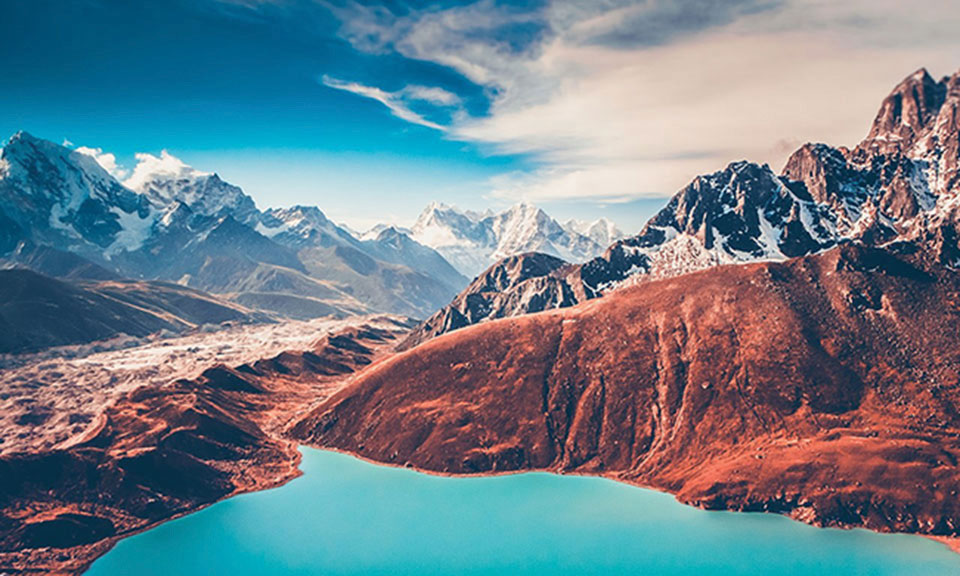 When we have vast cultural, natural and diplomatic tools to assert ourselves globally we should not be lagging behind anymore

“Efforts to define national interest presuppose agreement on the nature of the country whose interests are to be defined. National interest derives from national identity. We have to know who we are before we can know what our interests are”, said Samuel P Huntington. Nepal has constitutionally defined its national interest, state policy and foreign policy whereby “safeguarding of the freedom, sovereignty, territorial integrity, nationality, independence and dignity of Nepal, the rights of the Nepalese people, border security, economic wellbeing and prosperity” have been the basic elements of our national interest.

Henry Kissinger once said “personality and policy could never be fully divorced”. Are Nepal’s persona and foreign policy well synchronized? Has Nepal prioritized and promoted its national interest? It seems so but many more things are still lacking.

Nepal has been progressively strengthening its bilateral relations in the regional sphere and gradually marching beyond the region. Prime Minister KP Sharma Oli has visited Vietnam and Nepal and Vietnam issued 16 point joint statement where political, cultural and historical similarities between the two countries, Buddhism as binding strand between the peoples of the two nations, political similarities (Vietnam and Nepal went through various struggles to preserve sovereignty, territorial integrity and national independence) have been emphasized. Nepal and Vietnam established diplomatic relation in May, 1975. Oli is the first Nepali PM to visit Vietnam in 44 years of diplomatic relations.

Nepal’s neighborhood policy has been quite balanced and consistent now. The bilateral relations between Nepal and China have been marked by pragmatic understanding and respect for each other’s sensitivities with relentless faith on the ideals of Panchaseel. Nepal-India ties are marked by geographical proximity, historical affinity and contemporary needs. Both China and India are close with Nepal in terms of geo-graphic, social, cultural, economic and bilateral relations.

Realizing the developments, potentials, possibilities and opportunities, Nepal, India and China should work for realizing the vision of trilateral cooperation to maintain peace, prosperity, harmony, and sustainable high tech security and economic architecture in the region. China has already figured out the way it can move forward with Nepal in the best interests of both nations. Nepal expects the similar move from India. At the same time, Nepal-China proximity or Nepal-India proximity should not be a threat to either. The concept of trilateral cooperation should incorporate Chinese vision of creating ‘community of common destiny’, Indian policy of ‘neighborhood first’ and Nepal’s diplomacy of ‘equi-proximity’.

This may sound like an ambitious idea and may take time to realize. But we have not been able to capitalize on even simple things of great value. We have not been able to successfully execute cultural diplomacy. Nepal’s religious and socio-cultural relations with immediate neighbors and countries around the world need to be further consolidated. For this, Nepal should be able to cash in on socio-cultural and religious distinctiveness in its diplomacy.

Uniquely Nepal
Cultural harmony has been a living force of Nepali society. The cultures of Mithila region and Kathmandu valley are known as one of the richest cultures in the world. Kathmandu, a place of living goddess on earth, is also known as “living cultural museum of the world”. Nepal can cultivate influence throughout the world by exploiting its unique symbols such as Mount Everest, Buddha and Lumbini, Pashupatinath, Kumaris (the living Goddess) as well as arts, culture, cultural norms and diversity, heritages, social values, hospitality, water and natural resources, weather, environment, topography ranging from the plains of Tarai to the mountains, Gurkhas and many more. Nepal can further strengthen its ties with China through Buddhism. Buddhism can be a binding strand in Nepal’s relation with Sri-Lanka, Thailand, Japan, Vietnam, Cambodia and other Buddhist countries.

Besides, Nepal has 90 peaks over 7,000 meters and eight peaks over 8,000 meters including Mount Everest. It has unique water resources, rivers and lakes. Arun is the only river flowing from the highest point in the world whereas Arun Valley is the world’s deepest valley, and Tilicho Lake is considered as the only lake situated in highest place.

Nepal possesses one of the richest genetic biodiversities in the world.

The Himalayan region has remained the land of the devotees, Rishis, Maharshis, religious priests, Sadhus, Santas, and devotees for centuries. Moun¬tains and Himalayan region can become the biggest yoga centre and a centre of meditation in the world. Medical, cultural and spiritual tourism have high potentials due to weather, environment and we can utilize our beautiful ecology for spreading education and practice of Yoga and Ayurveda by establishing hundreds of thousands of Yoga and Ayurvedic research centers.

Pure Himalayan water available here can quench the thirst of more than 1.7 billion people if it is processed and marketed well. Nepal is the perfect venue for film tourism. If we can create favorable environment, directors from Hollywood, Bollywood, Europe and Asia will come to Nepal to shoot movies. This will promote Nepali culture and tourism. Nepal can export herbs, organic apples, ginger, turmeric, tea, coffee, cardamom, beetle nuts, flowers, hydro-energy, pashmina, carpet and garments among others to other countries.

Moving forward
Nepal’s participation in World Economic Forum in Davos has been a new beginning to enhance its co-existence in global economy, trade and diplomacy. Realizing the changing dynamics of world politics and globalization, Nepal has to make a strategic shift in integrating its culture and economy with global economy.

Since foreign policy is the extension of domestic policies, Nepal’s domestic and regional policies are significant in defining global trade relations. Nepal has to strengthen its resources—both physical and human—to collaborate and co-ordinate with immediate neighbors as well as rest of the world. The diplomatic skills of Nepali diplomats need to be enhanced. They have to play a significant role in exploiting the soft powers by delivering promotional messages abroad.

When we have vast cultural, natural and diplomatic tools to assert ourselves globally we should not be lagging behind anymore.

The author is a researcher and analyst

To practically implement the new foreign policy, it is important to integrate it with core national interests and priorities. ... Read More...

National dialogue on foreign policy kicks off in Kathmandu

KATHMANDU, June 29: A national dialogue on foreign policy has kicked off in Kathmandu. ... Read More...

Cabinet meeting: Japan's grant of up to Rs 2.61 billion accepted
15 minutes ago