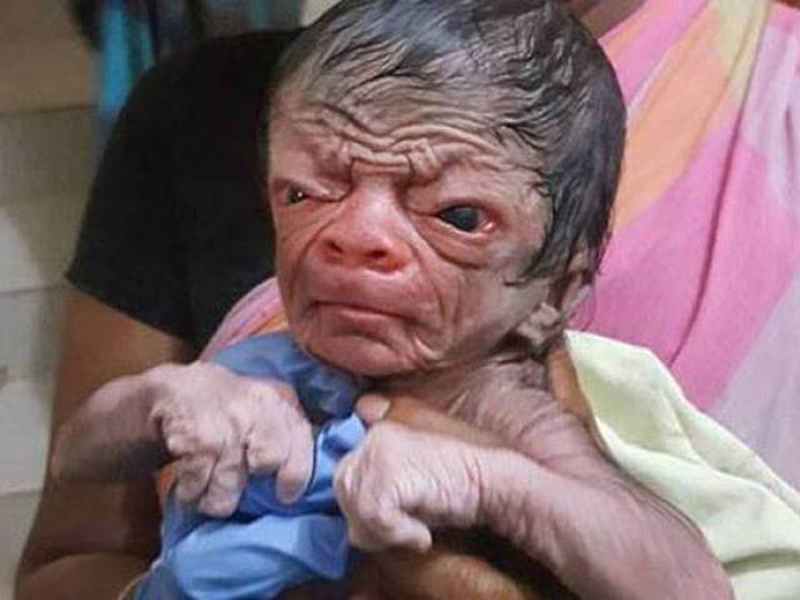 DHAKA, Sept 28: A boy with a rare medical condition known as progeria has been born to a couple in Bangladesh’s Bhulbaria village.

Born to Parul Patro, wife of Biswajit Patro, a poor farmer in Bhulbaria village, the infant has wrinkles on his face, hollow eyes and a shrunken body. Reportedly, those suffering from progeria age eight times faster than others.

The mother, along with other family members, is ecstatic about the baby’s arrival. On being told that his second child resembles him, Biswajit said, “Our first child Aparna, has taken after her mother. But my boy looks like me, and I am happy,” India Today reported.

On being asked if he was worried about his son’s condition or his looks, the overjoyed father of two said, “I am not unhappy, nor do I feel any sorrow that my son is different.”

According to reports, most patients suffering from progeria die at a young age. The family, however, hopes that the baby will grow into a healthy boy. “The baby looks old because his father also looks more than his age. I just hope that the baby will lead a long and healthy life,” the infant’s maternal uncle said.

Doctors at the hospital said both the mother and baby were doing well.

Bryan Ray, a huge fan of singer Britney Spears, has reportedly spent over $80,000 on 90 plastic surgery procedures to... Read More...

Subcommittee to look into anomalies in medical sector formed

Worldwide screening of '14 Peaks, Nothing Is Impossible' based on Nirmal Purja's biography
4 hours ago

UML General Convention: Voting begins at 4 AM
6 hours ago