Additional Rs 84 million to be given for homestay 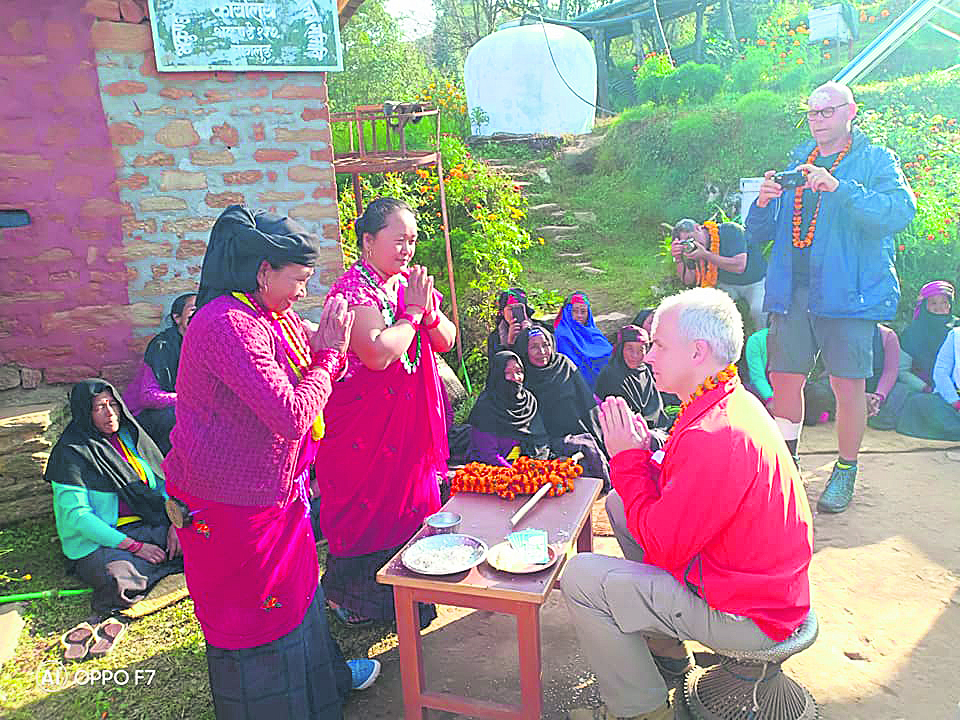 POKHARA, May 12: The government of Gandaki Province is set to distribute an additional Rs 84 million as grants for homestay business in the province.

With the added houses, an added Rs 84 million is to be spent. The ministry has stated that the total amount to be given to the 274 houses would be Rs 274 million.
The 190 houses selected during the first phase have been provided 40 percent of the total grant (Rs 4 million) in the first installment.
With a fraction of the budget still left, the second phase of selection was conducted and applications were accepted. Of the 93 interested applicants, 84 were chosen.

The ministry had initially set a target to provide grants to 300 houses for developing homestay facilities.

“The evaluation committee has sent recommendations for the 84 chosen applicants but the final decision is yet to be made,” Kirtan Raj Paudel, tourism division chief at the ministry, said. "Nine applicants who failed to qualify did not have all the required documents.”

The evaluation committee officials have complained that even individuals without any prior knowledge of homestay business have been given grants simply on the basis of a general recommendation.

“The government wants to forcefully operate 300 homestay facilities and finish its Rs 300 million budget,” an official stated, adding: “However, the goal wasn't fulfilled even after accepting requests for the second time.”

Officials say that by accepting applications twice, the government is trying to forcefully convert villages into homestay facilities. “The applications are being accepted again, simply to finish the budget,” the official complained.

Senior officials at the ministry themselves complain that with the current fiscal year drawing to a close, the government is rushing to distribute the budget so that it doesn't freeze. “With the budget nowhere close to being finished, a second selection process was carried out haphazardly,” another official said, adding: “A third phase of selection could also have been conducted but the time was limited."

Homestay heals you from the inside: Yogi Bikasananda

POKHARA, Jan 19: Homestay is not a healing center. However, that can certainly be made so, according to Yogi Bikasananda. ‘Even... Read More...