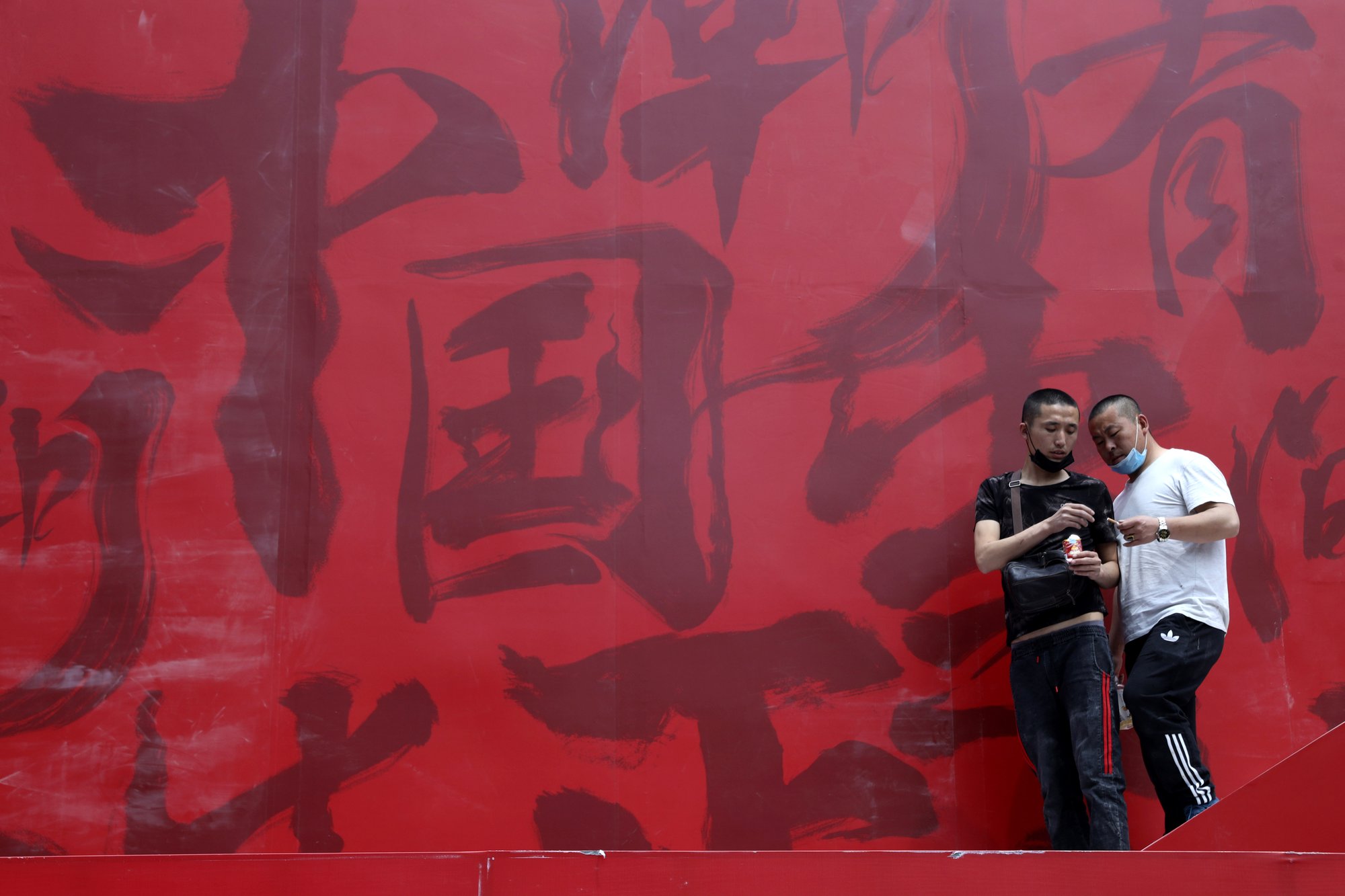 Workers share cigarettes near a booth promoting Made in China with Chinese calligraphy for "China Trendy" in Beijing on Wednesday, May 8, 2019. China's exports fell in April amid a punishing tariff war with Washington, adding to pressure on Beijing on the eve of negotiations aimed at settling the fight over its technology ambitions. (AP Photo/Ng Han Guan)

BEIJING, May 9: China said Thursday it will retaliate if President Donald Trump goes ahead with more tariff hikes in a fight over technology and trade, ratcheting up tensions ahead of negotiations in Washington.

Beijing will be forced to take “necessary countermeasures” if the increases go-ahead Friday as planned, the Commerce Ministry said. It gave no details of possible penalties.

Trump threw global financial markets into turmoil with his surprise threat Sunday to raise import duties on $200 billion of Chinese goods from 10% to 25%. Trump complained talks were moving too slowly and Beijing was trying to backtrack on earlier agreements.

“China deeply regrets that if the U.S. tariff measures are carried out, China will have to take necessary countermeasures,” said a Commerce Ministry statement.

The negotiations also include complaints about China’s trade surpluses and plans for government-led creation of global competitors in robotics and other fields. Washington, Europe, Japan and other trading partners say those violate Beijing’s market-opening commitments.

Beijing responded with penalties on $110 billion of American imports, but is running out of goods for penalties due to their lopsided trade.

Chinese authorities already have extended retaliation beyond imports by targeting operations of American companies in China. Regulators have slowed down customs clearance for their shipments and delayed issuing licenses in finance and other industries.

Beijing has an array of other weapons including launching tax, anti-monopoly or other investigations that can hamper a company’s operations.

SEOUL, Dec 29: To judge by the stream of extraordinary images on the Korean Peninsula, you might think 2018 marked... Read More...