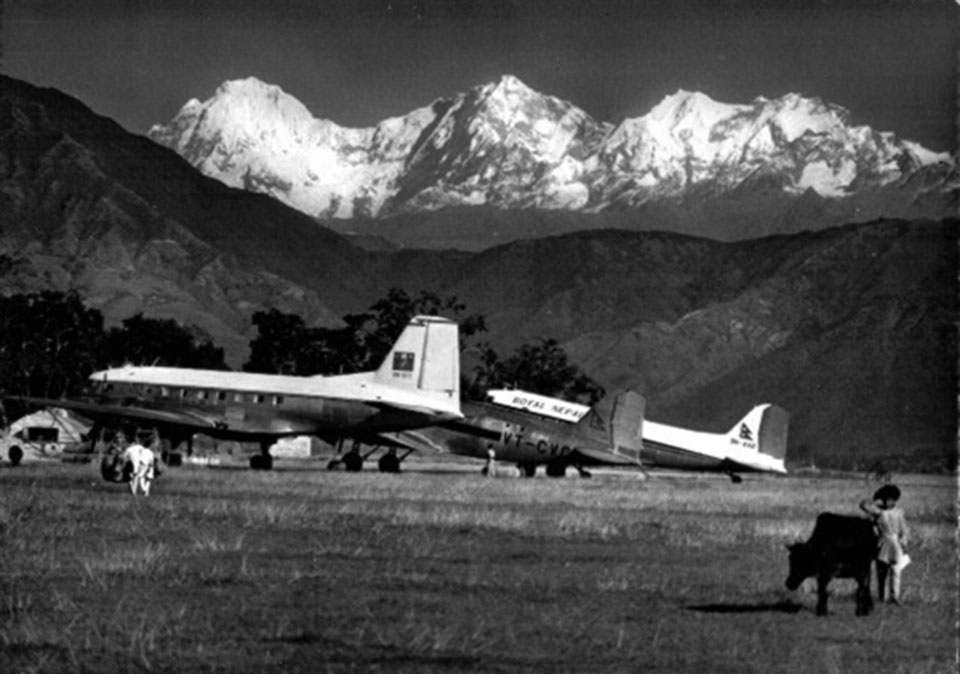 Gauchar then: A grazing cow with three intruders. (Photo : Google)

Why is it necessary for the full squadron of ministers and battalions of top ranking officers to be present at the airport for every goings and comings of VIPs?

It is sensible to have backups for a “what if” like situation in case things do not turn out the way planned. Long years of load-shedding had compelled us to go for inverters to keep storage batteries charged. Rooftop solar panels offered greener charging alternative while some, with high electricity demand, could not just do without generators. There is always a limit to what can be done as backups. Commercial passenger aircrafts have duplicate or even triplicate operative systems to enhance flight safety including even flight management system computers (FMCs). But that did not prevent two horrendous recent crashes due to serious software glitches. The system designed to counter the “unwarranted” nose attitude in B737Max8 ended being identified as the cause.

But rather than dealing with complex technicalities that most have no appetite for, I will here talk about the VIP flights in general and also probe it from the “what if” corner. It is more relevant because of huge hue and cry about recent departure circumstances of a VIP flight. Flight restrictions, around departure/arrival of such flight, are normal practices elsewhere too, but we generally tend to grumble more due to everyday frustrations with everything that is happening around us. We will see if there is another way to minimise flight disruptions from layman’s angle. It may have been little longer that day, but, as it is, most flights are required to hold for long periods almost every day due to known logistics inadequacies which, incidentally, is the bitter reality of flying to and from TIA.

VIP flights
Not much has changed in this country even if it has been turned into a republic while all habits, traits and paraphernalia have remained exactly as they used to be during the days of the Kingship. There used to be at least some decorum and order then, not vulgar indiscipline as now. Why is it necessary for the full squadron of ministers and battalions of top ranking officers to be present at the airport for every goings and comings of VIPs? By so doing, ironically, they have turned themselves into more royal than the royals.

A swift glance into our aviation past becomes necessary to understand how the culture developed over time. It started with Dakota (VT-CVC) which brought King Tribhuvan from Delhi on February 19, 1951 and was later gifted to Nepal. Later during the reign of King Mahendra an Ilysuhin (IL-14) was gifted by USSR’s president Mikoyan during Nepal visit. Registered as 9N-RF1 (Royal Flight -1), it mostly remained on ground. The CVC, on the other hand, while still under Indian “VT” registration, had Nepal flag painted on its tail. The accompanying shot is historic in the sense that it shows the first threesome together. With RA acquiring B727 during King Birendra’s reign the system of taking RA jets for royal visits became the norm that is still followed.

Interestingly, an effort to buy a short-haul passenger jet (RJ100) to meet King’s travel needs almost got done but, thankfully, it fizzled out at the last moment in 1999. It was rumoured that some army brass were behind this clever plan to force lease the aircraft to RA during the period it was not required. Heads of state of affluent countries have fleet of dedicated aircrafts that are seldom used for other purposes than their travel. US president has two B747s while the Indian government keeps a B747 in Air India’s colours in readiness all the time. Even Chinese government has exclusive B747s for such purpose. Japan, on the other hand, uses JAL aircrafts as like many others. Other countries, like Germany, use air force jets for such travels. Russian, on its part, relies on its own product than that of an adversary.

There are two interesting TIA stories related to incoming VIP flights involving no less persons than presidents. An aircraft with Marshall Tito of Yugoslavia onboard was on finals, he was on a state visit, it was abruptly told by our ATC to overshoot. The captain bluntly declined and landed instead. Unable to do anything much, the ATC then asked him “politely” to proceed very, very slowly to the designated parking apron. The captain had no reason to refuse this time. The earlier instruction was not just unprecedented but out-rightly outrageous.

The second case, no less amusing, relates to arrival of President Ms Chandrika Kumaratunga of Sri Lanka from Paro. But the request of change in approach route by Druk Air made its BAe146 land some 10 minutes before the time. Instead of letting the aircraft proceed to the bay unhindered the ATC, strangely, made it remain stationary on the taxiway for quite some time. The VIP on board was not too pleased for not being able to disembark and even asked to have the aircraft door opened as she wanted some fresh air! She cooled down only after learning that it was the King himself who was coming to receive her even if she was immediately boarding Air Lanka/A320 for home. Both the incidents happened as HM was not at the airport when aircrafts landed. ATCs were understandably helpless as they could not override instructions from the palace officials no matter how irrational those were.

Notam enforcement
VIP related Notice to Airmen (NOTAMs) are primarily enforced more from the point of security and secondly to avoid being hampered by the movements of other aircrafts. As such, other aircrafts are told to remain outside certain distance away from the airport or to remain above certain altitude such that the flight in question can proceed smoothly to the destination. The problem arises if the aircraft does not depart as planned. This leads to longer holdings for all aircrafts waiting on ground and in air. In case the departure is delayed inordinately by unforeseen circumstances the ripple effect can even affect the NOTAM issued at the destination airport causing more problems there. Things do not always happen as intended and it is so is more likely due to the state of our infrastructures. Further, NOTAM period of, say, half an hour means all arrivals/departures can run smoothly until just before the restrictions period sets in. What if a small incident happens involving the last aircraft landing? Assume it is nothing more ominous than a simple tyre bust that immobilises the aircraft on the runway. Past instances have shown it taking over two hours just to get a Twin-Otter moved away from the runway safely.

It may sound insane, but it is time we had a softer version of notam or “soft notam”. This will require notam period to be based with the “door closure time” after the VIP finally gets into the aircraft completing all official formalities. It will therefore be prudent to let the airport run normally until such time. This will not just make the restriction period flexible but also help it shorten. The system will work more like the “just in time” method in industrial production such that no item results in the production stop with unwanted consequences. But to tackle “what if” situation as described, TIA needs to have a robust mechanism and equipment to have the obstructive hardware removed at the earliest, irrespective of if there is a hard notam, soft notam or no notam.

So near, yet so far: Story of a village untouched by development

SIRAHA, Dec 20: It has been decades since Mana Maya Magar, 73, of Deurali village of Mirchaiya municipality – 9,... Read More... 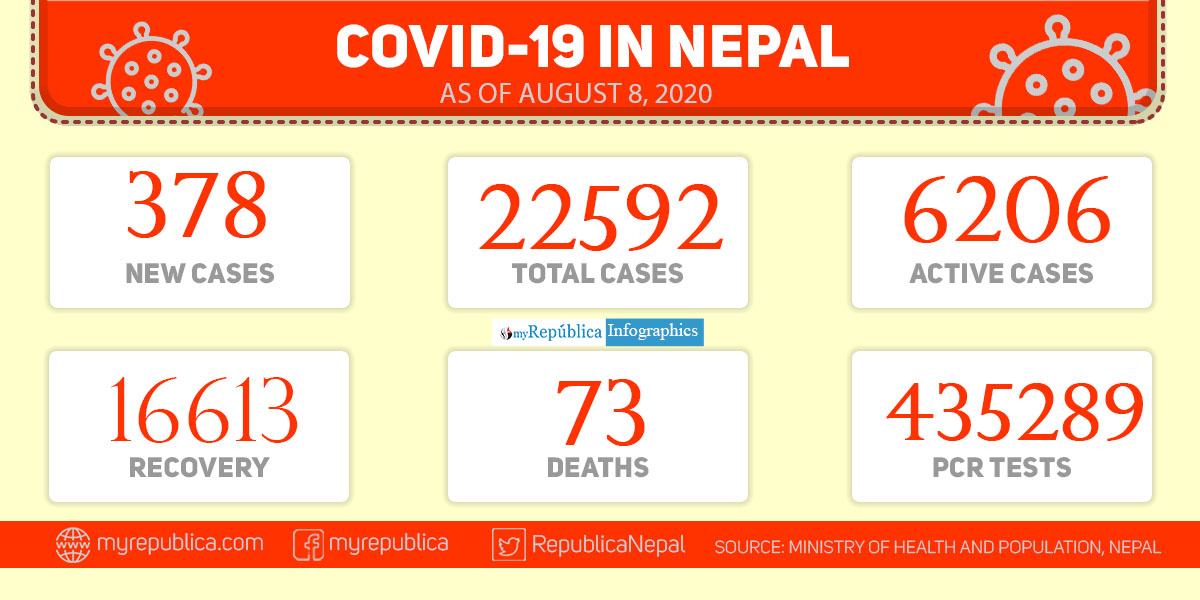