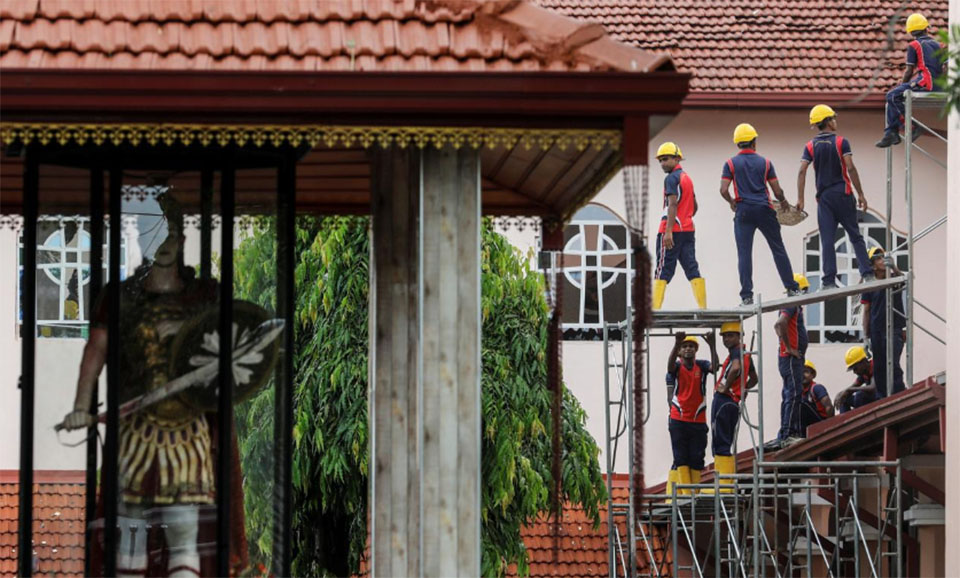 Sirisena also warned it may be possible Islamic State had launched a “new strategy” by targeting smaller countries, Sky New said on Wednesday.

A government source told Reuters on Tuesday police and other security forces across the Buddhist-majority country had been ordered to remain on high alert because the militants were expected to try to strike again, before the holy month of Ramadan which starts on Monday.

Sirisena said authorities were aware of “a small group” of Sri Lankans who had traveled abroad to receive training from Islamic State over the past decade.

Investigations revealed the bombs used in the Easter attacks were made locally, the president said in the interview.

The suicide bombings on hotels and churches killed more than 250 people, including 40 foreign nationals.

On Monday, Islamic State’s media network published a video message purporting to come from its leader, Abu Bakr al-Baghdadi, which would be his first appearance since declaring the jihadists’ now-defunct “caliphate” five years ago.

In the video, a bearded man with Baghdadi’s appearance says the Sri Lanka bombings were Islamic State’s response to losses in its last territorial stronghold of Baghouz in Syria.

In the Sky News interview, Sirisena said he had a message for Islamic State: “Leave my country alone.”

Sri Lankan authorities have previously said that they suspect the attackers had international links, although the precise nature of those connections aren’t known. The U.S. Federal Bureau of Investigation and Interpol, as well as other undisclosed foreign agencies, are helping Sri Lanka with the probe.

Local intelligence officials believe that Zahran Hashim, a Tamil-speaking preacher from the east of the Indian Ocean island country, may have been a key player in plotting the Easter bombings. Officials believe he was one of nine suicide bombers.