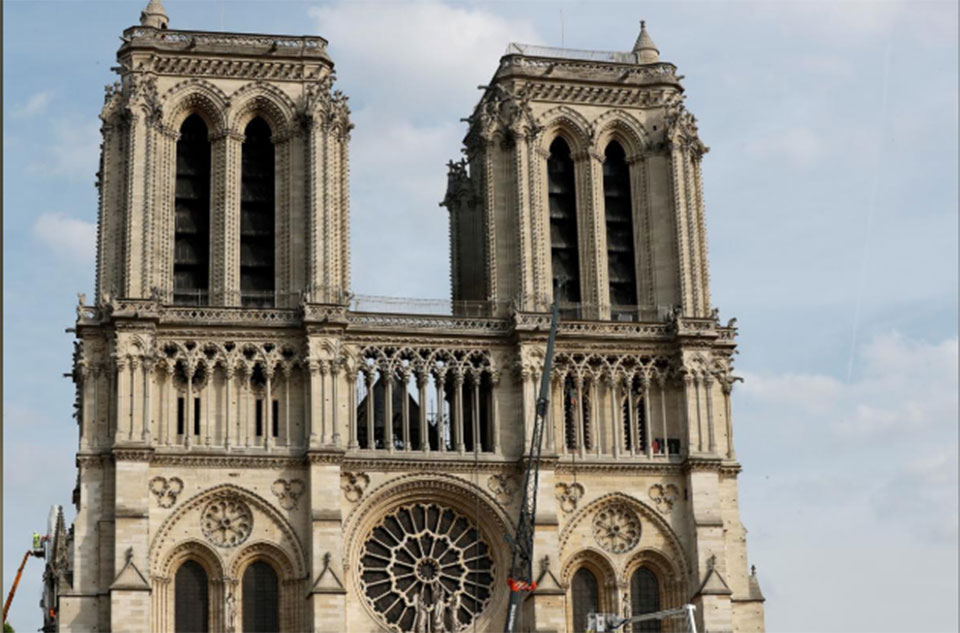 A year ago, I had met a friend of mine from France. My meeting with that liberal guy was full of drama and craze as one day we debated on which one of us lived in a better country. The absurd debate ran for an eternity but we were not able to leap to a conclusion. We both had equal feelings of nationalism as we both respected our countries. After giving endless crummy opinions for why our country was better the debated finally ended as we were too tired to carry on. But at one point we had compared two religious places from our respective countries. When I said that Pashupatinath, one of our national heritage, is a major tourist attraction and is our true identity he countered me by saying that Notre Dame Cathedral, one of their national heritage is also a famous cathedral in Paris and he said that he had strong feelings for that church being a Christian. I, just a few days ago heard the news that the Notre Dame cathedral was destroyed by a spectacular fire. I then immediately phoned that friend of mine and asked how he was feeling then. He replied, "I am feeling as if someone dear to me just died." I was heartbroken by what he said to me and pondered that he might be suffering the similar pain that I would suffer if Pashupatinath would burn in flames. I then came up with the idea about writing this article about the tragic fire incident of Notre Dame.

A building that has been the touchstone of French culture for 850 years, being one of the most famous Catholic cathedral and well-known landmark in Paris went up in flames on the evening of April 15 that caused it's 90-metre-high spire and parts of the roof to collapse. The spectacular fire burned for several hours destroying a large part of Notre Dame and took more than 400 firemen to contain the blaze. It was very disappointing to watch the city's most iconic sight to get ravaged by fire. Though there were no deaths the fire was a startling, almost incalculable kind of loss. Global leaders including former US President Barack Obama described the incident as "heartbreaking" and "tragic" and hoped that all the people will work together to rebuild it as soon as possible.

When you think of France you probably get the image of the Eiffel Tower, but when you hear the name of Paris you might, just might think of the Notre Dame Cathedral. Notre Dame Cathedral also is known as Cathedral de Notre Dame de Paris is considered as a masterpiece of gothic architecture. Generations of families had come and gone without ever seeing its completion. It took 182 years to erect. It was finally completed in the year 1345. After then it had been one of the most important landmarks of the French capital distinguished for its size, it's design and its architecture. Situated in the heart of Paris, it serves as a symbol of the city and of its peoples' endurance having survived two world wars, the French revolution and the hundred years war. More than 13 million visitors pass through the grand of Notre Dame every year. When we calculate it on a daily basis, the church welcomes around 35 thousand visitors a day! In France, 99% of towns have a smaller population than this!

Nobody had hopes for the iconic masterpiece to get destroyed so badly. Sadly, April 15 proved to be a gloomy day for everybody around the globe as the fire at the cathedral dominated headlines  and everybody felt connected to it's destruction.

The reason behind the tragic fire incident is still unknown . Many investigators and experts are working to find the cause behind the fire that destroyed Notre Dame. The experts have found nothing that indicates that it's an intentional act and believe that the fire was "likely accidental". The investigators have said that the investigation is still in it's early stages and is expected to be a very long and complex process. Notre Dame was undergoing renovations during the time of the fire so some accidental causes like open flames and sparks due to welding and other causes could have caused the fire.

Notre Dame burned. When rebuilt , it may burn again. But as long as human beings live, as long as we build religious places and monuments on the island , in cities, in rural villages, we will erect places where the hope of resurrection defeats death. We will erect sites of memory, of hope that transform the contours of civilization.

The cathedral, if the world lasts will be built again. Notre Dame has not disappeared , at least not yet. The towers stand. Millions of euros have been pledged by big companies such as Apple in support of the restoration. Only two days after the incident, a total of 897 million dollars was already raised to rebuild the church . what's even better is that the French President has already announced plans for the restoration too. So, Notre Dame is not dead as plans to renovate it have already been announced by the French government. The French president expects it to be renovated within five years but the experts say that it could take 10 years time for the renovation and make it a great masterpiece again.

This is associated with the religion norms and values and has even witnessed the various political changes in France history ranging from Louis 14, tyrant to present repulbicanism political system. More importantly, it has acted as part of the carrier of the French culture. French culture is embedded in the Life, Liberty and Fraternity and it reflects such culture. Furthermore, from the vantage point of global citizens, it is not merely the property of the french civilization but entire mankind as it represents then contemporary society.  The   most vital concern is that reconstruction of the church needs to be done in spirit of keeping its anticedent model retaining its ancient model intact.

Govt, ASDP and NACCFL sign deal for capacity buildings of cooperatives in Karnali
47 minutes ago