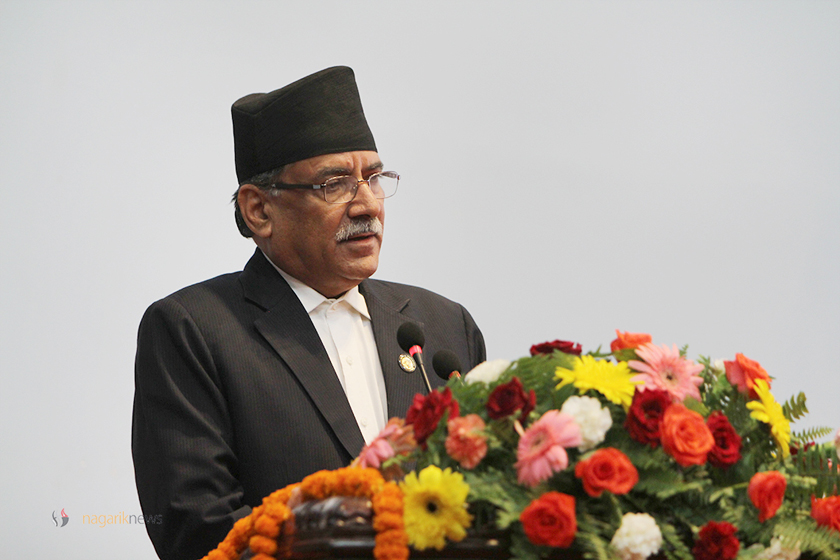 Dahal made the remark at a function held at his Khumaltar-based residence on Tuesday.

“If the provincial government does not listen to people and continues to work in the same manner, we would be forced to go for the government change. The new government could be formed anytime if we really want to do so,” Dahal said.

Madhes-based Federal Socialist Forum (FSP) and Rashtriya Janata Party have been running a coalition government in the Province 2. Lal Babu Raut, a leader of the FSP, is currently the chief minister of the province.

Govt, ASDP and NACCFL sign deal for capacity buildings of cooperatives in Karnali
3 minutes ago