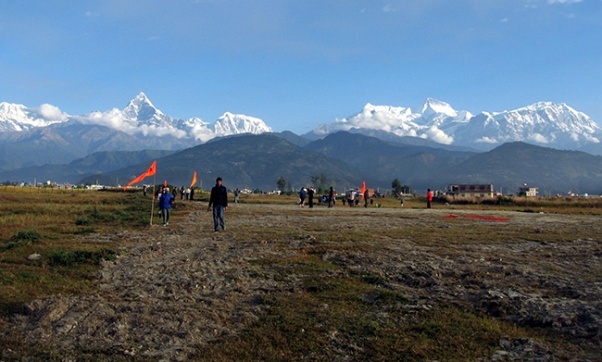 POKHARA, June 5: The Ministry for Finance and the Civil Aviation Authority of Nepal (CAAN) on Sunday signed an agreement on loan for the construction of a regional international airport in the lake city.

Earlier, the two sides had failed to seal the deal following dispute over the interest rate of the loan. With the signing of the agreement, new avenues have opened for the construction of the much talked-about airport.

Chief of Pokhara Regional International Airport Construction Project, Pradip Adhikari told Republica Online that officials from the ministry and CAAN signed the loan deal at an interest rate of 5 percent.

“The construction of the airport will speed up with the deal,” he said.

The total estimated cost of the airport stands at Rs 21.47 billion.

The Ministry of Finance had earlier reached an agreement to receive a soft loan from China Exim Bank. China will provide 25 per cent of the amount as interest-free loan and charge an interest rate of 2 percent for the remaining amount.

Adhikari said CAAN has 13 years o repay the loan, as per the agreement