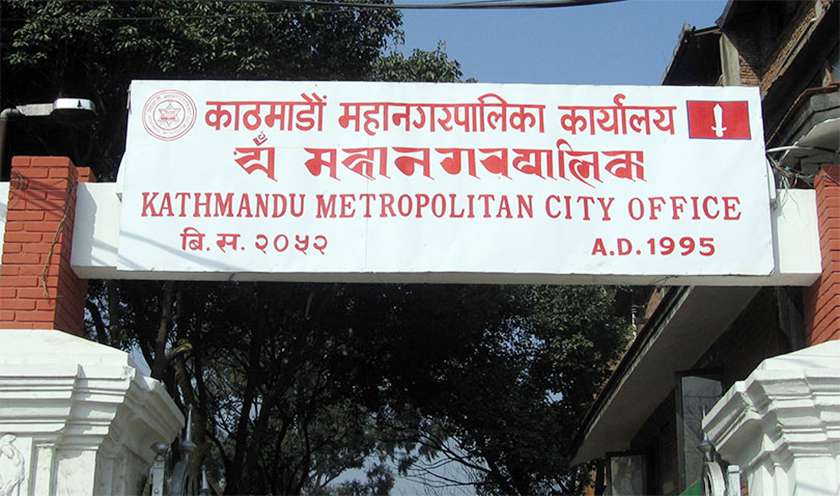 Kathmandu, April 23: The Kathmandu Metropolitan City (KMC) is to form a committee headed by KMC mayor within a week for implementing its 'disaster management act'. KMC's fourth town assembly passed the Disaster Management Act on April 7.

The 11-member committee would be constituted under the chairmanship of mayor Bidya Sundar Shakya in a week's time from now, said KMC spokesman Ishwarman Dongol.

The Act has been issued to minimize the damage caused by the natural and non-natural disasters, to protect and preserve the cultural heritages and to carry out disaster management works in an effective and coordinated manner at times of disasters.

The Act also provides for coordination in rescue works, relief distribution and other humanitarian assistance as well as for the mobilization of security bodies, the fire brigade and other service providers.  RSS

Home Minister for review on implementation of disaster management decisions

KATHMANDU, July 21: Minister for Home Affairs Janardan Sharma has stressed on stock-taking of the implementation of the decisions made... Read More...

KATHMANDU, July 7: The State Affairs Committee of the Legislature Parliament has directed the government to immediately forward the bill... Read More...

ITAHARI, June 25: A disaster management committee has been formed in Itahari sub-metropolis after a thorough discussion among the representatives... Read More...