In world's biggest one-day election, Indonesia votes for its president 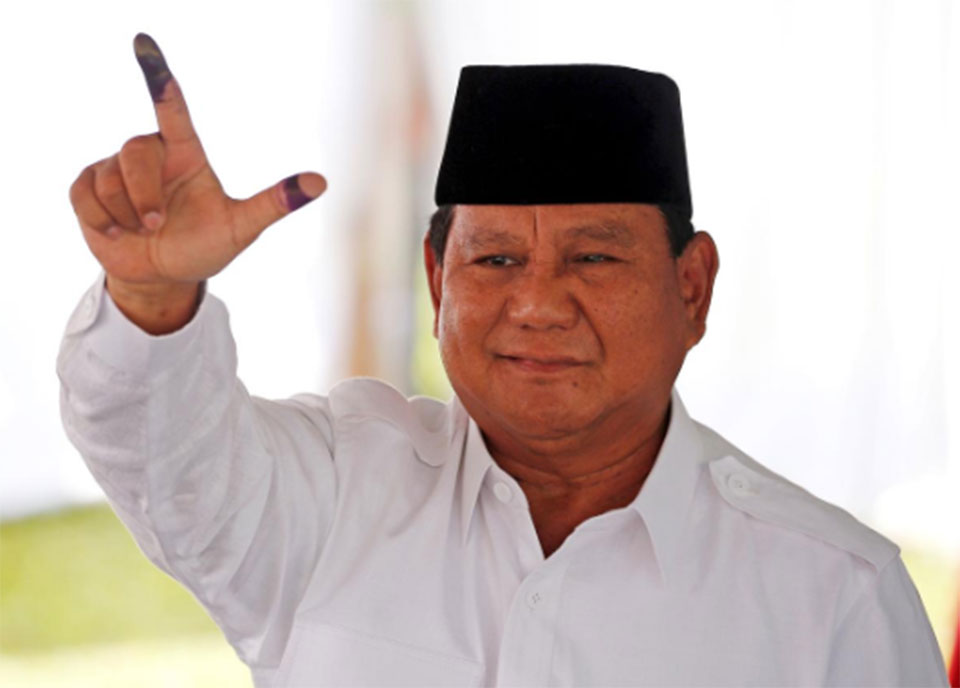 JAKARTA, April 17: Indonesians began voting in the world’s biggest single-day election on Wednesday as polling stations opened across the sprawling equatorial archipelago following a six-month campaign to choose a new president and parliament.

The eight-hour vote across a country that stretches more than 5,000 km (3,000 miles) from its western to eastern tips is both a Herculean logistical feat and testimony to the resilience of democracy two decades after authoritarianism was defeated.

President Joko Widodo, a furniture businessman who entered politics 14 years ago as a small-city mayor, is seeking re-election against former general Prabowo Subianto, whom he narrowly defeated in the last election, in 2014.

The economy dominated the hard-fought campaign, though the rise of political Islam loomed over the contest in the world’s most populous Muslim-majority country.

Most opinion polls give Widodo a double-digit lead, but the opposition says the race is much closer and Prabowo told a news conference late on Tuesday that he expected to win with 63 percent of the vote.

Voting began first in the far-flung eastern province of Papua, which is two hours ahead of Jakarta, the capital.

Ballot papers were delivered with security escorts to remote regions of the country by plane, speedboat, canoe and horseback. Two speedboats have been deployed as mobile polling stations for residents on the Thousand Islands chain north of Jakarta.

More than 10,000 people have volunteered to crowd-source election results posted at polling stations in a real-time bid to thwart attempts at fraud.

However, the opposition has already alleged voter list irregularities that could affect millions and has vowed legal or “people power” action if its concerns are ignored.

The country’s election supervisory board has recommended a re-vote for Indonesians in Malaysia and in Australia, where several hundred registered voters were still standing in line after the polls closed there on Saturday. A decision will be taken by the elections commission.

“Even though there have been obstacles and anomalies, I believe, at the end of it, we cannot contain the will of the people,” Prabowo said on the eve of the vote.

An unexpected win for the challenger could trigger a brief sell-off in financial markets that have priced in a Widodo victory, analysts say.

“Should Prabowo win, this would literally be the end of opinion polling in Indonesia ... and a major, major upset,” said Marcus Mietzner, associate professor at Australian National University. “The question is what the margin of victory will be,” he said, predicting Widodo’s re-election.

A win for Widodo with 52-55 percent of the vote would be the “sweet spot” said a senior government official close to the president, adding that this would spur him to continue and even accelerate economic reforms.

‘GAME OF THRONES’
Poll-related hashtags trended on Twitter in Indonesia during a three-day quiet period in the run-up to voting day.

Social media users compared the presidential race to the HBO series “Game of Thrones” - with one online meme showing Widodo sitting on its coveted Iron Throne.

Widodo touted his record on deregulation and improving infrastructure, calling it a first step to tackling inequality and poverty in Southeast Asia’s biggest economy.

A moderate Muslim from central Java, Widodo had to burnish his Islamic credentials after smear campaigns and hoax stories accused him of being anti-Islam, a communist or too close to China, all politically damaging in Indonesia. He picked Islamic cleric Ma’ruf Amin, 76, as his running mate.

Prabowo, a former special forces commander who has links to some hardline Islamist groups, and his running mate, business entrepreneur Sandiaga Uno, say they will boost the economy by slashing taxes and focusing on infrastructure.

QUICK COUNTS
Nearly 350,000 police and soldiers will join 1.6 million paramilitary officers stationed across the country of 17,000 islands to safeguard the vote.

More than 192 million people are eligible to cast ballots in national and regional legislative elections being contested by more than 245,000 candidates.

Voters will have five paper ballots for president, vice president, and national and regional legislative candidates.

Unofficial “quick counts”, based on samples from polling stations, will be released hours after voting ends. The winning presidential candidate could be known by late on Wednesday.

Official results will be announced in May. Any disputes can be taken to the Constitutional Court where a nine-judge panel will have 14 days to rule on them. 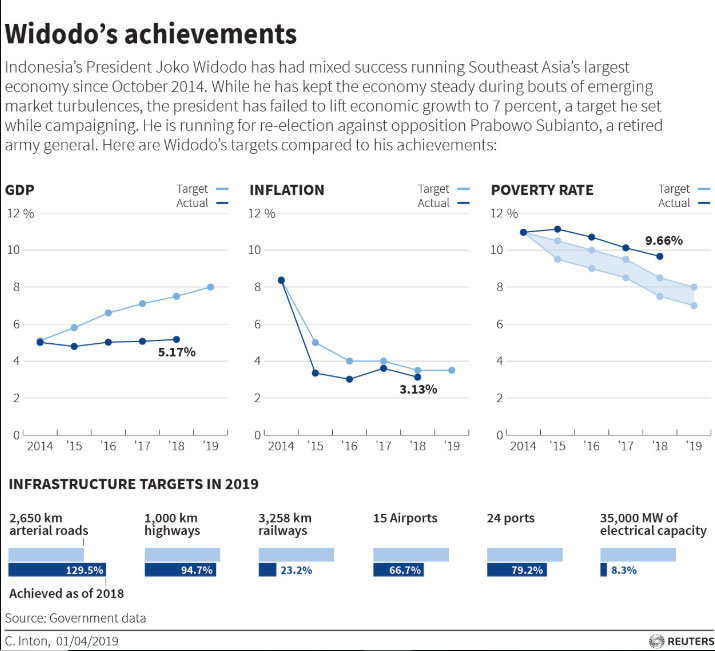