Visually impaired couple begging in streets after being expelled from home 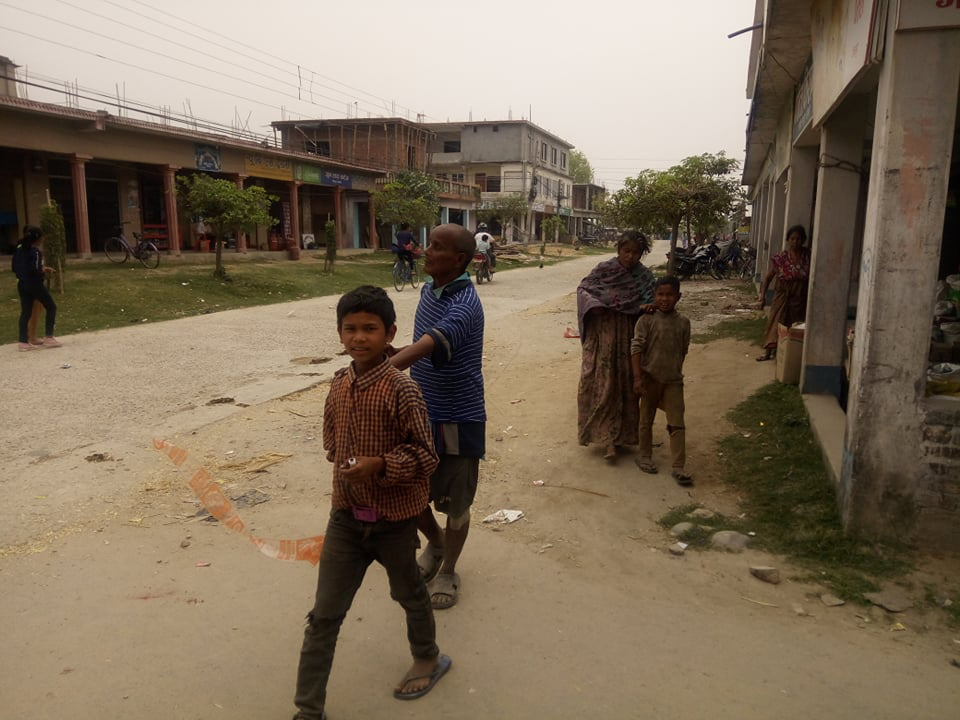 Rajendra Chaudhary and his brother Rajan guide their grandparents Chati Tharu and Khalsi in a street of Tikapur for begging.

TIKAPUR, April 17: After being abandoned by their sons, a visually impaired couple in Janakpur have been forced to beg for their survival. Their sons and daughters-in-law expelled Chaiti Tharu and his wife Kalsi of Bhajani Municipality out of their house. Since then, their grandsons from their daughter have been supporting them.

Rajendra Chaudhary, 11, and eight-year-old Rajan Chaudhary guide their maternal grandparents on the streets and help them beg for money. On Tuesday, the two brothers who are originally from Rajapur of Bardiya were seen guiding their grandparents in the streets of Tikapur. They were found visiting various shops and seeking money for the elderly couple.

Kalsi says they were obliged to beg as they do not have money for buying firewood and food.

"We used to beg for food in our own village before but this is the first time we came to a city for begging. People in villages don't give us money," she said.

The couple have two sons and a daughter. All of them are married. Kalsi laments that they were forced to leave their home after their elder son Ram Bahadur Chaudhary thrashed them. It has been years since they started sheltering in someone else's home.

"Sometimes we live at our daughter's home and sometimes at my maternal home. We also seek shelter at some of our relative's home," said Kalsi, adding," But we never want to go back to our home."

Rajendra is a fourth grader while Rajan is a second grader. Rajan informed Republica that they have been assisting their grandparents as they are currently having holidays. Despite their young age, these children also make sure that their grandparents are having food on time and some rest.

"As we have been walking since early morning, we are tired and hungry," said Rajan.