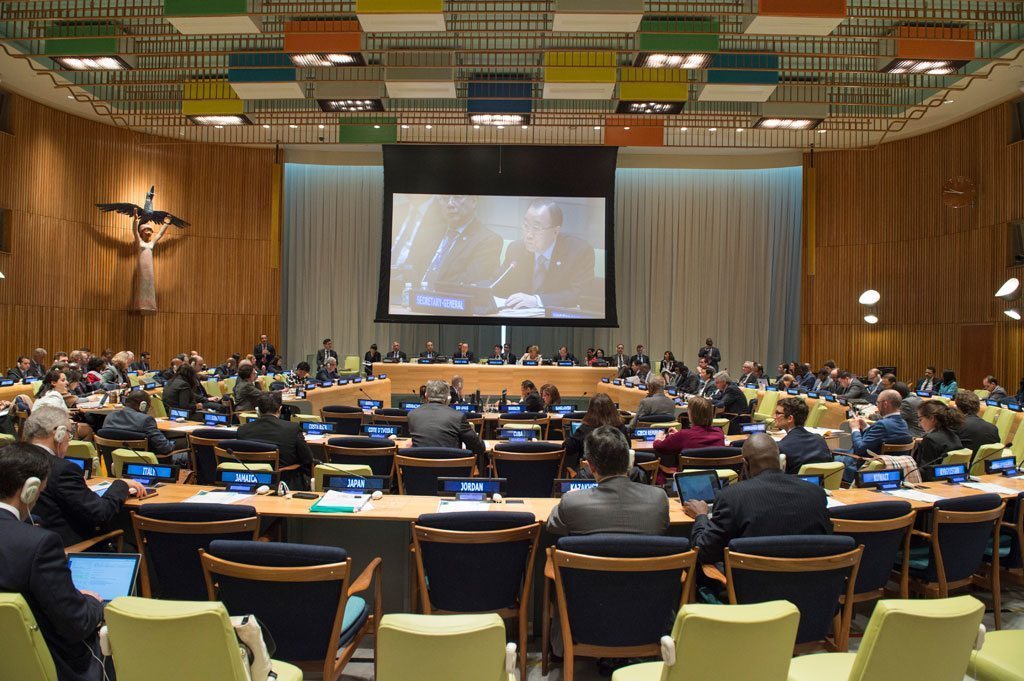 Many of the attendees' speeches started with stating economic risks and tensions which the world currently faces.

UN General Assembly President Maria Fernanda Espinosa Garces said that the economic climate has worsened, which is among the most pressing global challenges. "Financial markets are volatile: 30 developing countries are at risk or facing financial difficulties, while trade imbalances have increased over the last year," she added.

In order to address these challenges, multiple approaches, particularly those regarding trade system, have been suggested by the participants.

The multilateral trading system must be bolstered, with a focus on ensuring that capacity-building and technology transfer are carried out, said the UNGA president, adding that developing countries must be prioritized.

Noting that there is time to close finance gaps, the UNGA president pressed countries that made official development assistance commitments to keep them.

"No issue looms larger than trade," Zhang said, calling for efforts to reform the multilateral trading system and to reduce tensions.

He also called for an urgent redesign of global taxation efforts, noting that the current situation of widespread tax evasion is especially harmful to developing countries. In addition, some 40 percent of those countries find themselves in a situation of debt distress, requiring more sustainable financing practices.

Chef de Cabinet and Principal Advisor to the World Trade Organization (WTO) Director-General Tim Yeend emphasized the important role of trade in generating the resources needed to finance the 2030 Agenda.

He said that there is ample evidence of the importance of trade in helping countries harness growth for development, notably in supporting job creation, raising per capita income and reducing poverty.

The integration of developing countries into the multilateral trade system, by providing access to new technologies and investments, has catalysed a "take-off", he stressed, noting the importance of ensuring that such gains are not undone by today's challenges -- which are among the most complex in a generation.

Until tensions among the largest countries are resolved, economic uncertainty will likely persist, said Yeend, adding that there is the potential for improving the global trade forecast, but it depends on reducing tensions and focusing on charting a positive path forward for trade.