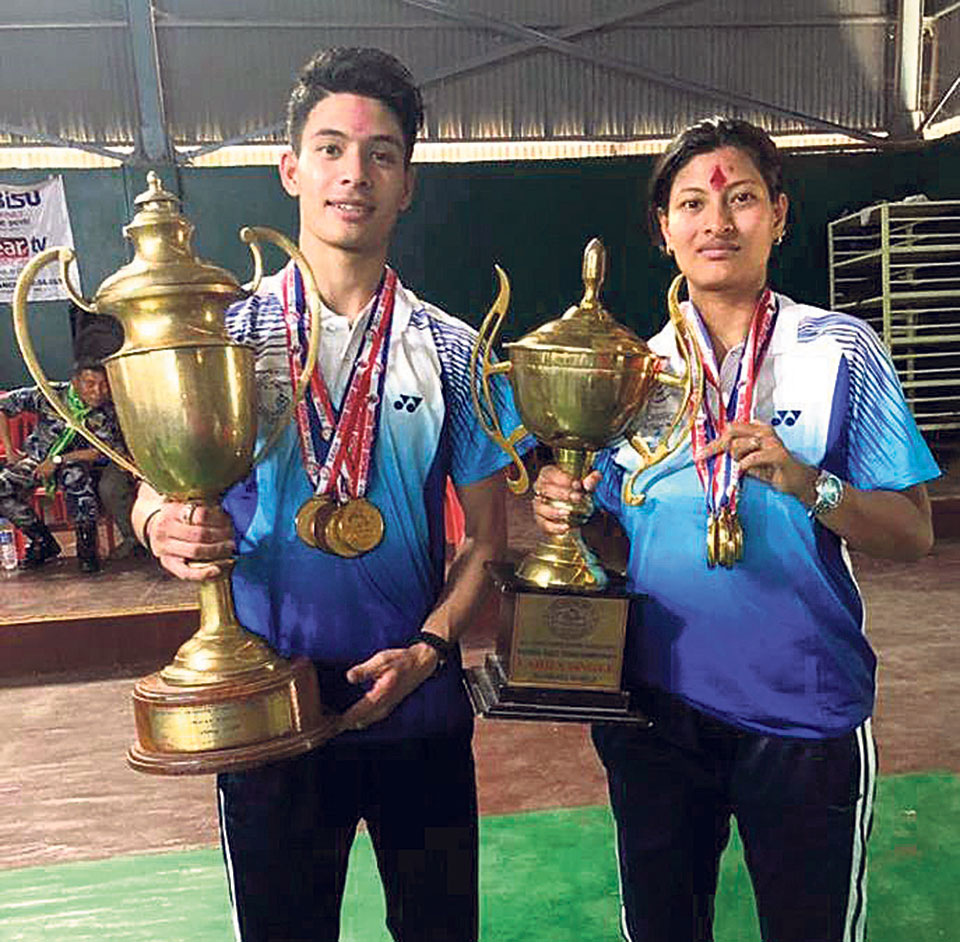 Nepal Police Club’s Santoo Shrestha (left) and Nabita Shrestha pose with their trophies and medals after winning the singles category in the 40th Table Tennis Tournament under the ongoing Eighth National Games in Dang on Saturday. Photo Courtesy: NSC

Santoo won the title in men’s singles category and Nabita claimed the women’s singles in the final matches played at the Ghorahi Covered Hall. Earlier on Thursday, they had claimed the mixed doubles.

Lawn tennis
The pair of APF siblings Ivan Lisano and Ashlesha Lisano have won the mixed doubles in the 15th National Lawn Tennis under the Eighth National Games.

In men’s doubles, Province 4’s Pradeep Khadka and Nabin Magar overcame Dharma Lamichhane and Shahi 6-3,  6-3 of the same province while Lisano and Jitendra Pariyar saw off APF’s Chhewang Lama and Santosh Khatri 6-2, 6-2 to enter the final.

Squash
Gandaki Province’s Amrit Thapa Magar has become the champion of the men’s singles in the 11th National Squash in the games.

Triathlon
The departmental teams Army and APF have dominated in the triathlon winning all events in Pokhara.