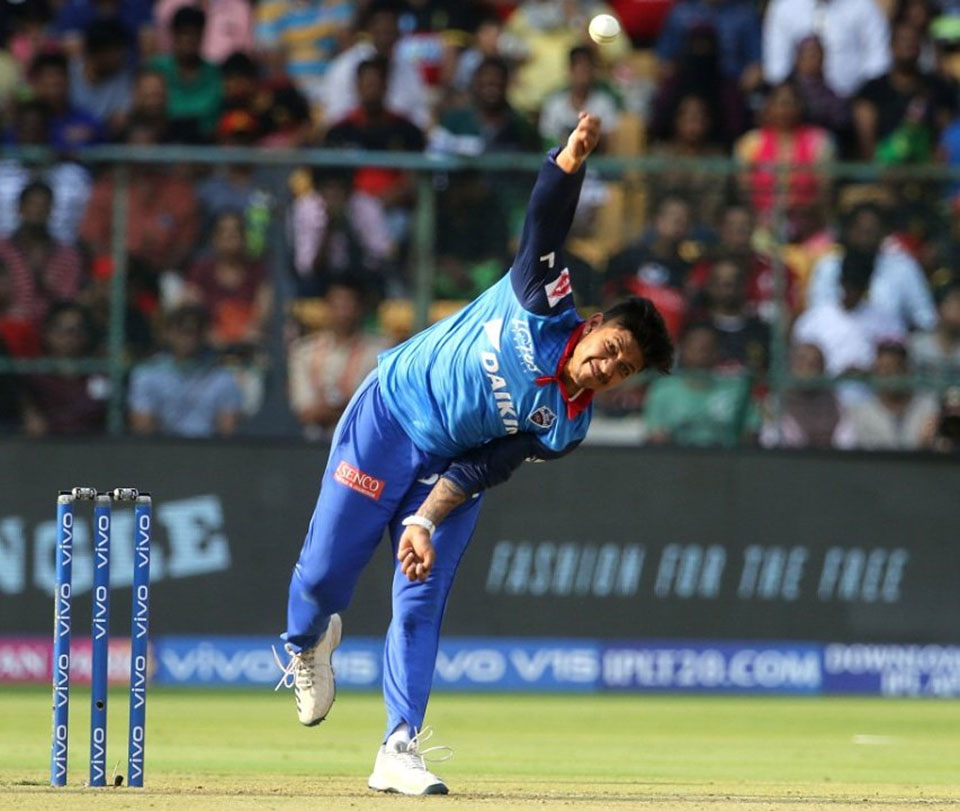 KATHMANDU, April 8: Nepal national team spinner Sandeep Lamichhane has now 50 wickets to his credit in T20 matches. He reached the milestone when his side Delhi Capitals defeated struggler Royal Challengers Bangalore by seven wickets in the ongoing Indian Premier League in Bangalore on Sunday.

At the M Chinnaswamy Stadium, Lamichhane picked up a single wicket to take his T20 wickets tally to 50. However, he became the game’s most expensive bowler conceding 46 runs in four overs. He had a disastrous economy of 11.50 when he gave four sixes and two fours.

He got a wicket to his name when England batsman Mooen Ali was stumped by wicket-keeper captain Risabh Pant.

Playing in six franchise T20 leagues, Lamichhane reached the half century mark in wickets in a total of 40 games.

Ali went back to the pavilion in the Capitals’ 15.3rd over when he made 32 runs off 18 balls including three sixes and a four. Lamichhane did not get his chance in Capitals’ win over Mumbai Indians, but started to play from the second game. He has been able to pick up five wickets in the tournament so far.

He was retained by Capitals in the closed season auction as he showed good character and determination in the team’s last three matches.

Match preview: Who will make it to the IPL final - DC or SRH?

UAE, Nov 8: Will Delhi Capitals (DC) revive their fortunes just in time to reach the final? Or will Sunrisers... Read More...