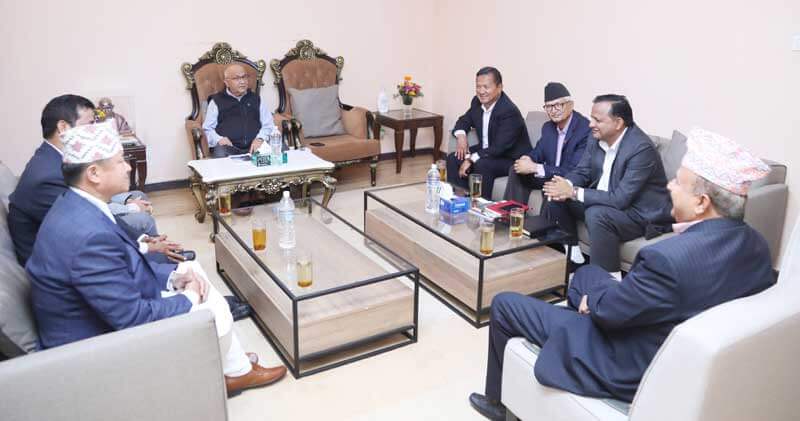 KATHMANDU, April 5: Chief ministers of all seven provinces have renewed their call to the Prime Minister KP Oli to implement the 29-point understanding reached during the inter-province council (IPC) meeting last year.

During a meeting with the prime minister at Baluwatar on Thursday, the chief ministers criticized the federal government for not meeting the commitments made to the provinces during the inter-province meeting.

“We drew the attention of the prime minister toward implementing various promises made during the inter-province council meeting,” said Province 2 Chief Minister Lal Babu Raut. “Most of the commitments related to staff recruitment and adjustment at the provinces and budget and resources allocation have not been fulfilled so far.”

In response, Prime Minister Oli assured the CMs of implementing all the agreements endorsed by the IPC meeting.

The prime minister has promised to convene a meeting of the IPC within this month prior to introducing the policy and program of the federal government. Oli also urged all the provinces to help the storm victims of Province 2.