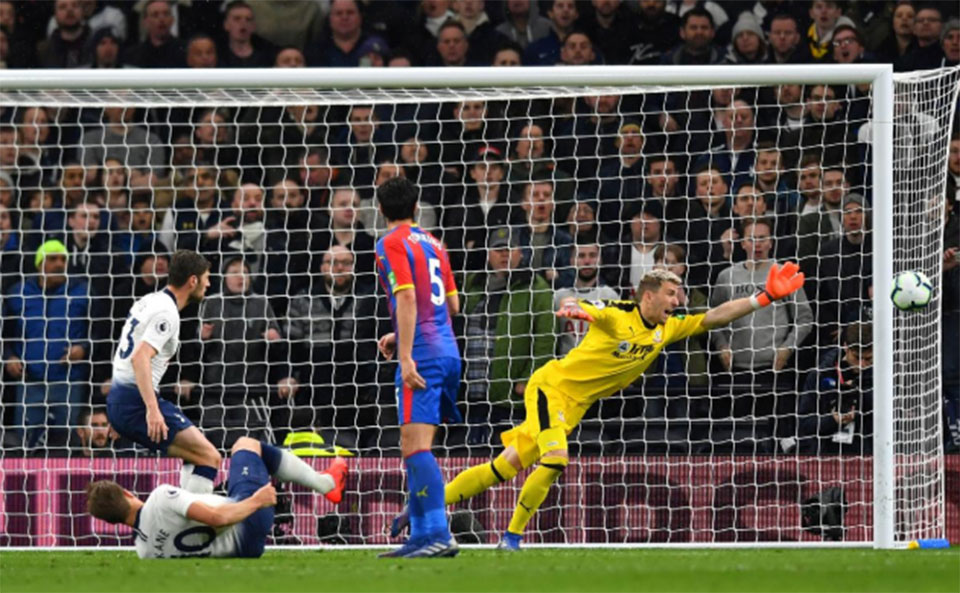 LONDON, April 4: Tottenham Hotspur marked their long-awaited homecoming with a vital 2-0 win over Crystal Palace in the first Premier League game at their new stadium on Wednesday to revive their faltering top-four hopes.

It was hardly a classic to mark the official opening of the spectacular 62,062-seat stadium, but second-half goals by Son Heung-min and Christian Eriksen ensured the London club began a new era with a win to move back above Arsenal into third place.

“To score the first goal at this stadium. White Hart Lane is our history but the new stadium... I can’t believe it.”

Having moved out of their historic old stadium in May 2017, Tottenham have lodged at Wembley for nearly two seasons after building issues caused a six-month delay to their new arena.

After a couple of test events the official opening was marked by a pre-match ceremony involving a brass band, a school choir and fireworks illuminating the golden cockerel sitting proudly on top of the South Stand.

Tottenham’s worst slump in Mauricio Pochettino’s five years in charge — one point from five games — had seen his side’s outside shot at the title replaced by the fear of being swallowed by the chasing pack in the race for a top-four spot.

After failing to get an early breakthrough the anxiety began to show, with Eriksen and Danny Rose both failing to capitalise on chances while Harry Kane had a free kick deflected wide.

It was left to Son, Tottenham’s often unsung hero, to break the deadlock and etch his name into the club’s history books.

Eriksen did well to win back possession and play in Son on the right and the striker then cut in before firing goalwards — his shot diverting wickedly off Palace skipper Luka Milivojevic to wrong-foot keeper Vicente Guaita.

With Tottenham’s fans finally creating the atmosphere the occasion merited, Kane blazed over before his stumbling run into the area ended with Eriksen sweeping home from close range.

Spurs keeper Hugo Lloris made two superb late saves to spare the fans a nail-biting finale and send them inside to christen the stadium’s array of swanky new bars with a crucial win to celebrate.

Victory lifted Spurs back into third spot having been overtaken by local rivals Arsenal at the weekend.

They have 64 points from 32 games with neighbours Arsenal, having played a game less, on 63 along with Chelsea, who beat Brighton & Hove Albion 3-0, while Manchester United are on 61 in the race for Champions League spots.

LONDON,Sept 15: Liverpool continued their perfect start to the season to stay top of the Premier League after a goal... Read More...