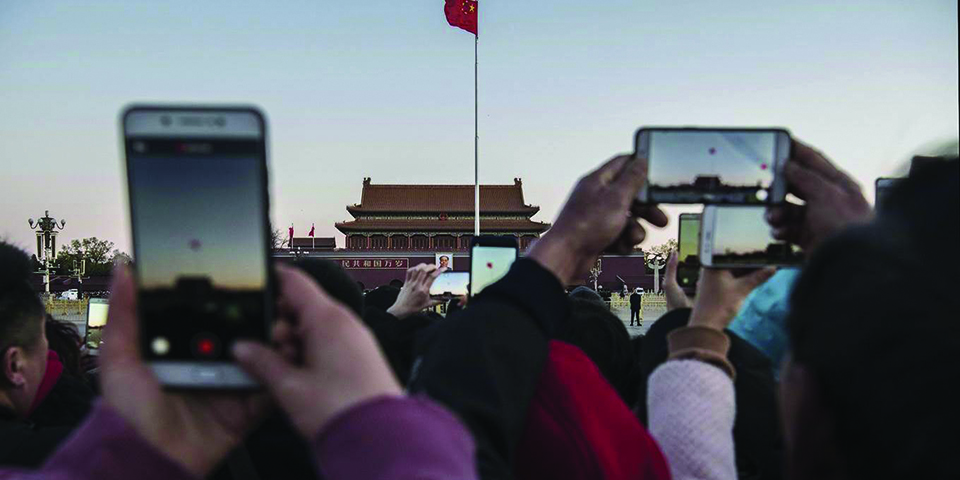 Contrary to popular belief in the West, where democratic elections are regarded as essential to holding governments responsible, China’s approach supports accountability

HONG KONG – In Washington, DC, a bipartisan consensus about China has emerged: the United States is facing a trade-manipulating, authoritarian intellectual-property thief that represents a strategic threat to the US and its allies and deserves to be punished. But the consensus is wrong. In fact, China deserves recognition, if not appreciation, for its achievements.

In recent decades, China has made unprecedented contributions to global economic growth and green innovation, lifting more than 800 million people out of poverty since it began its “reform and opening up” in the late 1970s. China—and the world—owes this success to the authorities’ experimental approach to policymaking, characterized by trial and error and constant adaptation.

Contrary to popular belief in the West, where democratic elections are typically regarded as essential to holding governments responsible for their policies, China’s approach supports accountability. Indeed, the evidence shows that policymaking is responsive to feedback from both the Chinese people and the international community, with leaders correcting mistakes and updating outdated measures as they gain new information.

Such adaptation is supported by two annual meetings that have been held in Beijing every March since 1998: the National People’s Congress (NPC) and the Chinese People’s Political Consultative Conference (CPPCC). At these gatherings, top officials from China’s State Council, including key ministers and the premier, create detailed reports, identifying the challenges China faces, as well as a blueprint for continued reform and opening up.

The results are shared with delegates attending the meetings and broadcast live to thousands of official delegates and Chinese and foreign reporters. These gatherings thus represent an important window into evolving Chinese policymaking and governance.

At the most recent NPC and CPPCC, Chinese policymakers weighed the backlash against the standard neoliberal economic model, based on free movement of goods, capital, information, and sometimes labor. The advanced economies and the international institutions they lead have long assumed that expanding these freedoms naturally leads to better outcomes for all.

But the neoliberal model has had grave unintended consequences, such as environmental degradation, rising inequality, and the emergence of monopolies (especially in the tech sector). On a more emotional level, globalization and openness has fueled cultural insecurity. As frustration with the advanced economies’ approach has grown, so has mistrust of the experts and elites who championed it.

In response to these anxieties, rational homo economicus has morphed into emotional homo politicus—an agent susceptible to the sirens of nationalism, tribalism, protectionism, and populism. The result is escalating trade conflicts, rising isolationism, surging anti-immigrant sentiment, and calls for massive increases in social spending, based on concepts like modern monetary theory.

For China, these developments imply a more hostile external environment. With the growth already slowing, policymakers at the NPC and CPPCC focused on how to ensure economic, financial, and social stability while reviving dynamism.

Despite the challenges China faces— including a high debt-to-GDP ratio and volatile stock markets—the country’s leaders have proved adept at securing progress toward these goals. Consumer price index inflation stands at 2.1 percent. Last year, 13.6 million urban jobs were added, underpinning an unemployment rate of just five percent, and over 18,000 new businesses were launched every day, on average. China’s international trade and payment position is largely balanced.

This is the result of a comprehensive and ever-evolving strategy aimed at improving the quality of life and work, reducing poverty, lowering the tax and regulatory burden for small private businesses, and championing green, innovative, open, and sustainable growth. For example, last year, China reduced its average tariff rate from 9.8 percent in 2017 to 7.5 percent; opened another 4,100 kilometers (2,550 miles) of high-speed railways; granted permanent urban residency to 14 million workers from rural areas; and implemented tax and fee cuts that reduced business costs by some CN¥1.3 trillion ($193 billion).

The Chinese authorities have now announced their intention to reduce the tax and social-security burden for business by another CN¥2 trillion, and to increase the fiscal deficit by 0.2 percentage points of GDP, to 2.8 percent, in order to counter the threat of protectionism-driven global deflation. Moreover, the NPC adopted a new foreign investment law that will reduce barriers to market entry by foreign entities and improve substantially the protection of intellectual property rights.

While many in the West sacrifice homo economicus to appease homo politicus, China’s leaders are trying to satisfy both. They know that neglecting the needs of homo politicus could lead to social instability and fragmentation. But they also know that they must respond to internal pressures and rapidly evolving external conditions in ways that make good economic sense.

Not every decision will turn out to be the right one. But in China, when mistakes are made, adjustments follow. While this form of accountability is not perfect, it has produced a track record that is exceptional by any standard.

Notwithstanding all the criticism of China in the West, progress on the road to the Next China actually has been... Read More...

Attempts to contain and convert China will be counterproductive. Understanding China and working together with it to shape a secure... Read More...