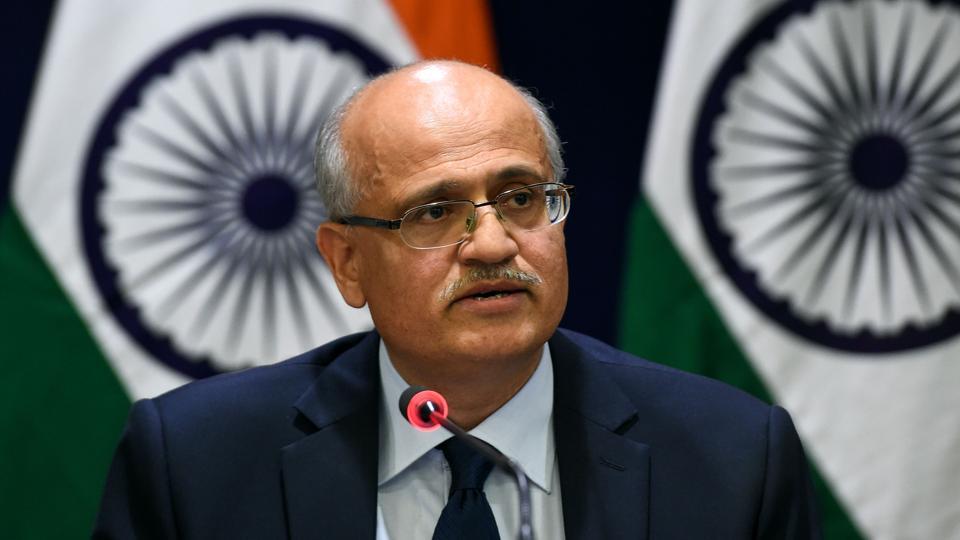 Gokhale is scheduled to hold delegation-level talks with his counterpart Shanker Das Bairagi today 11 am at Hotel Annapurna.

The meeting is expected to ensure smooth execution of old and new agreements and understandings reached between India and Nepal.

To resolve outstanding issues on the India-supported projects in Nepal, the foreign secretaries of Nepal and India have already held three video-conferences.

During the foreign secretary-level talks, the two sides will review the work progress made during the meetings of Nepal-India Oversight Mechanism in the past.

Officials believe that the visit is a good opportunity for both the sides to review and assess the past commitments that were made during the visits of Prime Minister KP Oli to India and Indian PM Narendra Modi to Nepal last year.

The visits comes at a time when the two countries are failing to reach consensus on holding the fifth meeting of the Joint Commission at foreign ministers’ level in Kathmandu, which was supposed to be held in mid-February.

Wrapping up his visit, the Indian foreign secretary is returning home tomorrow morning.

We are happy to support in Nepal's post-earthquake reconstruction: Indian Foreign Secretary