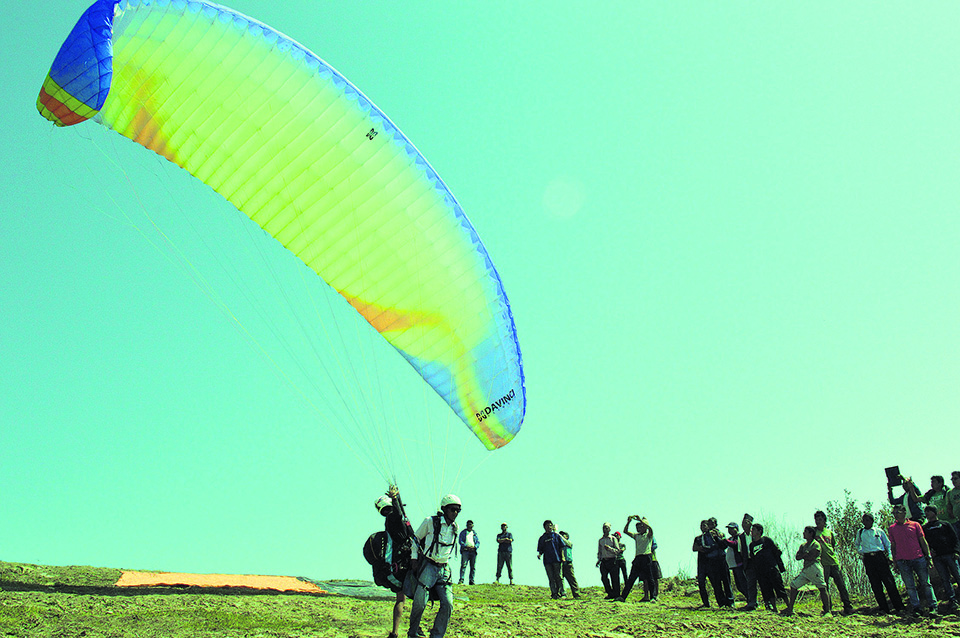 TANAHU, March 24: A test flight of paragliding has been successfully conducted in Byas Municipality of Tanahu district. Three pilots took off from Siddhi Danda and landed at Archalchaur on Saturday. Chair of Ward 11 of the municipality, Nir Bahadur Khadka, flew in the inaugural test flights.

After the successful test flight, ward chair Khadka said: "Paragliding will be a new product of the municipality to attract foreign tourists."

Raju Acharya, promoter of Pokhara-based Team Five Paragliding Company, said that paragliding in this location is appropriate and has a possibility of commercial operation. Acharya is also running paragliding flights in Bandipur.

The municipality has said that tourism is the second priority sector after agriculture. The municipality informed that they will now seek permission from the concerned authorities for operation of paragliding flights.

TANAHU, Sept 14: A person was killed and five others were injuried when a bus carrying followers of a marriage... Read More...

POKHARA, Oct 7: Paragliding companies in Pokhara will not be allowed to operate before 10 am and after 3:30 pm... Read More...

Minister Jhakri hospitalized
11 hours ago
Govt recommends ambassadors to India, UK and the USA
8 hours ago