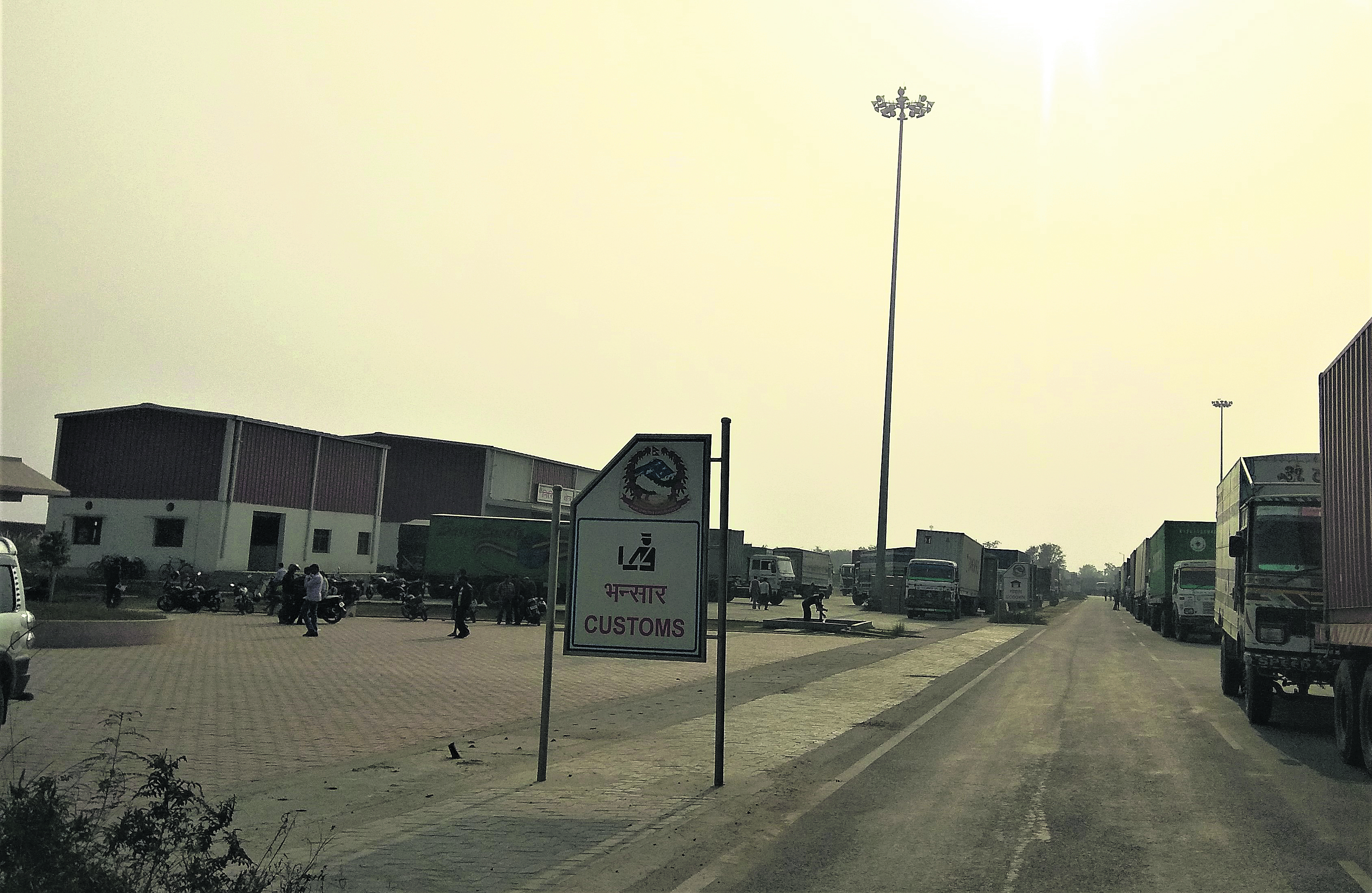 The customs office along Nepal-India border failed to meet revenue target in the first eight months of the current fiscal year due to lower-than-expected import growth from this custom point.

The government has collected Rs 101.28 billion over the first eight months of the current fiscal year form this customs office compared to the target of Rs 108.11 billion. Out of the revenue target of Rs 15.44 billion set for the Birgunj Customs Office, the major customs office fall short of Rs 2.84 billion of revenue in the month of Falgun (mid February to mid March).

“The lower-than-expected import of some commodities, which are major sources of revenue, weighed on the revenue,” said Shyam Prasad Bhandari, Chief Customs Administrator of Birgunj Customs Office, told Republica. “Our prediction that the custom revenue will improve from Falgun did not materialize. Low import of raw materials and vehicles has hit revenue collection,” he added.

Stating that the revenue target was 27 percent higher than last year, he said that import growth of major products in line with the higher revenue growth target would have only led to the achievement in revenue collection.

According to the data, the import of the motor vehicles, which is the major source of customs, has gone down 13.67 percent in the review period compared to the corresponding period of the last fiscal year 2017/18. The import of four-wheelers fell to 6,612 units in over the first eight months of the current fiscal year from a total of 7,600 a year ago.

Similarly, the import of clinker - a raw material for cement manufacturing -- also dipped by 35.22 percent to 649,956 tons. The import of other raw materials has also slowed in the current fiscal year.

Officials blame the government's poor performance in capital spending and development projects to slowdown in import and revenue growth.

BIRGUNJ, May 25: Revenue collection by Birgunj Customs Office has seen a shortfall by 13% against the target till mid-May.... Read More...