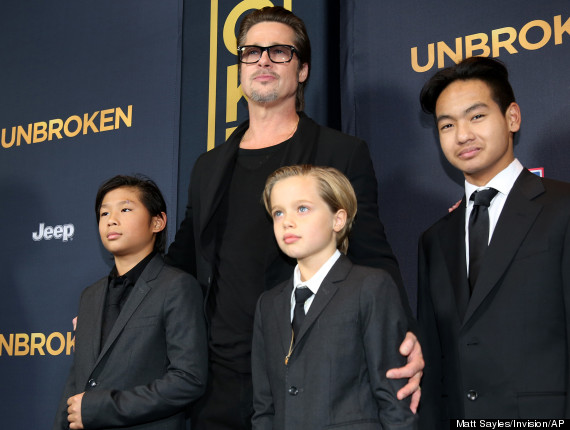 Brad Pitt is reportedly being investigated by police over an alleged incident of being “physical” with one of his children.

Reports TMZ and People claim the incident took place on a plane and as Pitt, his estranged wife Angelina Jolie and their children exited it. The alleged incident was reported anonymously.

Pitt is reported to have been drinking at the time and became agitated on the private jet the family was travelling on. People’s report claims the incident is being investigated by The LA Police Department after being reported to the LA County Department of Children and Family Services. TMZ claims this is standard procedure when an incident is reported.

“He takes the matter very seriously and says he did not commit any abuse of his children,” a source close to Pitt told People “It’s unfortunate that people involved are continuing to present him in the worst possible light.

The Independent has contacted representatives for Jolie and Pitt for comment. The Los Angeles Police Department did not immediately respond to a request for comment.

Jolie filed for divorce on 19 September. In legal filings citing by TMZ, she reportedly expressed concerns over the way Pitt, 52, was “parenting the children”. Jolie, 41, has filed for physical custody and joint legal custody of their six children and asked for Pitt to be granted visitation rights.

A source close to Pitt told the Independent hr plans to seek joint custody of his children. The source said on Wednesday: “Angelina is a great mother and Brad is a very committed father and they both just want what is best for the kids. Unfortunately, people are introducing baseless allegations as a way of trying to ratchet up negativity when in fact the two of them want to resolve this for their children.

LOS ANGELES, Nov 23 : The FBI has closed its investigation into Hollywood star Brad Pitt's actions while on an international... Read More...

LOS ANGELES, Nov 9: Film star Brad Pitt has been cleared of abuse allegations in a child welfare investigation and has asked... Read More...