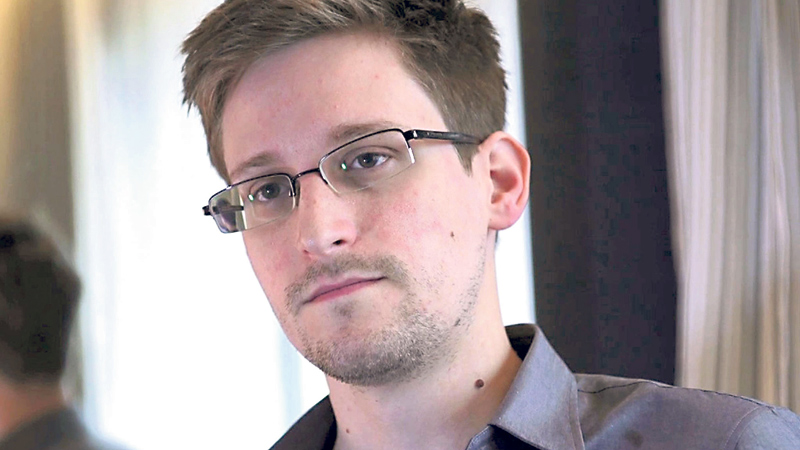 Google took aim Wednesday at the red-hot mobile messaging market, with a new artificial intelligence-powered Allo app that seeks to compete with popular rivals such as WhatsApp and Facebook Messenger.

But the app’s reliance on Google’s predictive software drew immediate criticism from privacy advocates who argued it could open up user data to law enforcement — with former US intelligence contractor Edward Snowden warning people not to use it. Snowden, the former US intelligence contractor wanted for leaking National Security Agency documents on surveillance, said in a tweet, “Don’t use Allo.”

A later tweet from Snowden called Allo an “app that records every message you ever send and makes it available to police upon request.” Google defended its privacy stand, saying users can opt for a more secure “incognito” mode if they prefer.

Conversations in Allo will be encrypted, according to Google. And additional privacy will be offered with an “incognito” option in which messages will disappear after a fixed period. But some analysts expressed disappointment that Google did not go further in agreeing not to store messages on its servers, where they can be accessed by authorities.

Christopher Soghioan, a privacy researcher with the American Civil Liberties Union, lamented that Google “decided that improving auto responses was worth making all messages accessible to law enforcement.” Google argues that the “smart” features of the application require “data processing” and that the tech giant needs to store chats to improve responses.

“We’ve given users transparency and control over their data in Google Allo,” a Google statement said. “Our approach is simple — your chat history is saved for you until you choose to delete it. You can delete single messages or entire conversations in Allo.

“We also provide the option to chat in Incognito mode, where messages are end-to-end encrypted and you can set a timer to automatically delete messages for your device and the person you’re chatting with’s device at a set time.”

The app includes Google Assistant, an artificial intelligence program which makes live suggestions as you chat.

“You no longer need to leave a conversation with friends just to grab an address, share your favourite YouTube video, or pick a dinner spot,” Google said in a blog post. “Google Allo can help you make plans, find information, and express yourself more easily in chat. And the more you use it, the more it improves over time,” Google said. The app will adjust according to whether its user’s style is usually an emoji or written response, for example.

Like rival apps, it has tools for personalising chat messages including changing the size of emojis and a choice of stickers. Allo was unveiled by Google in May at the same time as Google Duo, an app for video calls, which hit the market last month. Google faces a challenge in carving a place in a sector dominated by popular apps such as WhatsApp, which Facebook acquired for some $20 billion in 2014 and which counts more than a billion users. In July, Facebook said that users of its own Messenger application had also passed the one billion mark.

Apple has also moved to catch up with rivals, upgrading the messaging app in its latest iOS 10 launched last week. Google and its earlier messaging app Hangouts had failed to keep pace in a market that also includes Snapchat, Skype and global rivals such as WeChat, Viber, Line, Kik and Telegram.

The app is available on smartphones using Google’s Android system and Apple’s iOS.

Like FaceTime for iPhones, Duo only requires a person's phone number to connect. Many other services require both participants to... Read More...

Number of people joining the Maoist Center has increased: Dahal
7 hours ago
Eighth Tanahun festival to begin from January 22
9 hours ago