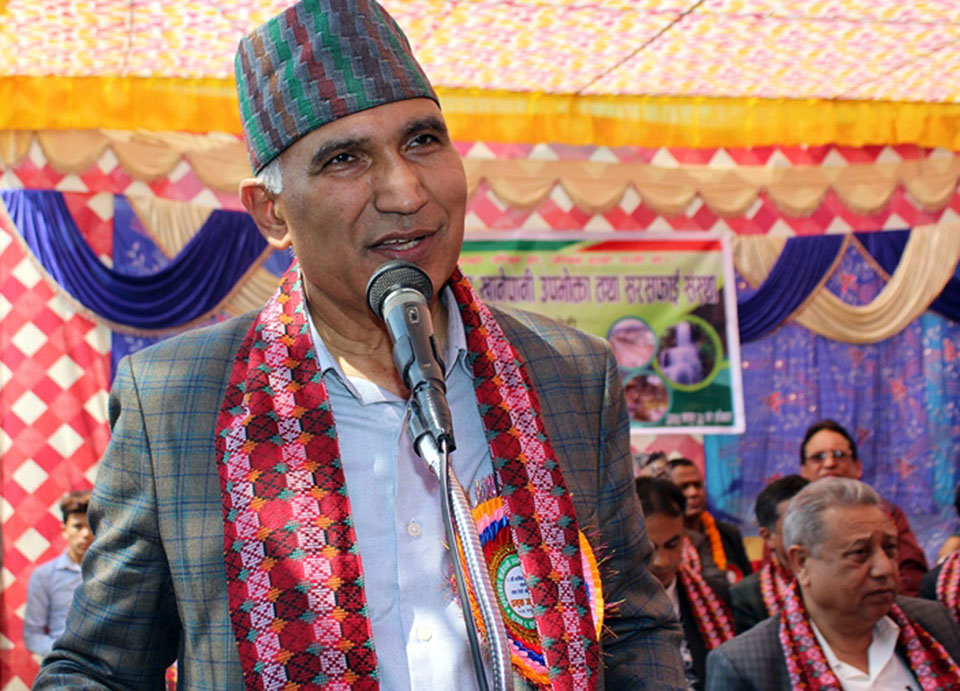 RUPANDEHI, March 9: General Secretary of Nepal Communist Party, Bishnu Poudel, has asserted that the agreement between government and CK Raut has given a message that Nepal has adopted a path of peace and prosperity.

Inaugurating the third convention of the Sundarnagar Drinking Water Consumers and Sanitation Association here today, General Secretary Poudel further argued that the agreement is a severe blow to those willing for nation's split. "The agreement between government and CK Raut serves as a sting to the yearning for disintegration," he reminded, warning that none could dream of dividing country.

As he said, it is the duty of every citizen to keep intact the independence and sovereign. "CK Raut has signed with the agreement that he would take the peaceful and democratic way to achieve socio economic and political objectives," General Secretary further said.

According to him, government brought him in consensus after holding several rounds of talks.
On the occasion, Minister for Physical Infrastructure Development in Province 5, Baijanath Chaudhary, urged the general secretary to make efforts for adequate budget for the province from the central government, so that the project launched by the central government could be completed. RSS

Man beaten to death
7 minutes ago

One dies in tipper accident in Bhaktapur
2 hours ago

Five killed in bus accident in Jajarkot
3 hours ago