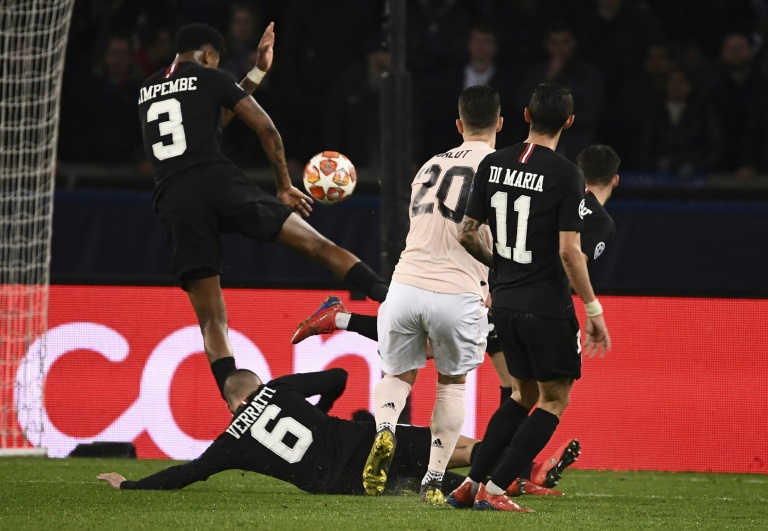 European football's governing body bowed to pressure by bringing forward the introduction of VAR into the Champions League for the knockout rounds, having not used the technology for the group stages.

The handball given against PSG defender Presnel Kimpembe to award United a stoppage time penalty, which Marcus Rashford converted to complete a 3-1 win on the night at the Parc des Princes and progress on away goals, was branded "a disgrace" by injured PSG star Neymar.

Even former United players Rio Ferdinand and Michael Owen said in their roles at TV pundits the penalty should not have been awarded.

However, UEFA explained why Slovenian referee Damir Skomina reversed his original decision not to point to the spot having been alerted to watch a replay of the incident by the VAR.

"Following the on-field review, the referee confirmed that the distance that the ball travelled was not short and the impact could therefore not be unexpected," said UEFA's statement.

"The defender’s arm was not close to the body, which made the defender’s body bigger thus resulting in the ball being stopped from travelling in the direction of the goal. The referee, therefore, awarded a penalty kick."

Ajax's third goal in a 4-1 win at the Santiago Bernabeu was reviewed over whether the ball had gone out for what would have been a Madrid throw-in prior to Dusan Tadic's finish.

UEFA said referee Felix Brych was right to award the goal in the absence of conclusive proof the ball crossed the touchline.

Porto's comeback from a 2-1 first leg defeat to beat Roma 3-1 after extra-time was also marked by big VAR calls.

The Portuguese side's winner came from a penalty awarded by VAR three minutes from time.

Roma then had a penalty claim of their own turned down when Patrik Schick tumbled inside the area.

"Last year we asked for VAR in the Champions League because we got screwed in the semi-final and tonight, they've got VAR and we still get robbed," raged Roma president James Pallotta.

However, UEFA insisted on the Schick incident "no clear and obvious error had occurred and that there was no ground for a VAR intervention and an on-field review."

Our government was overthrown with the help of reactionaries: Oli
12 hours ago
Finance Minister Sharma looks to announce new budget for FY 2021/22
10 hours ago