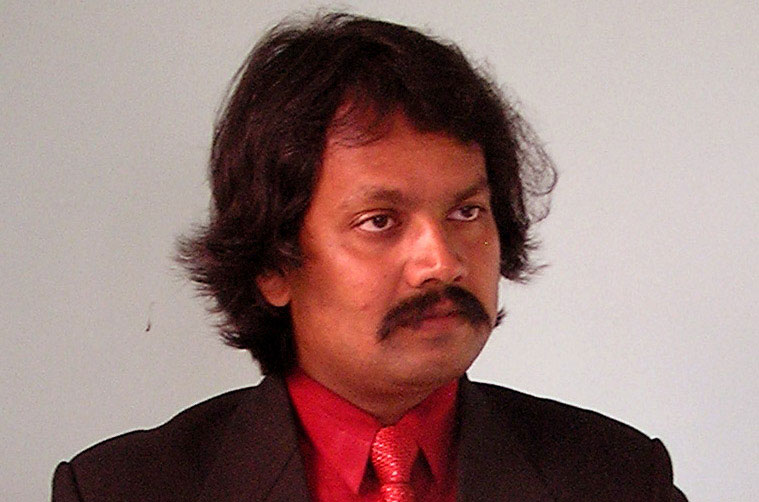 KATHMANDU, March 8: CK Raut, who had been running the secessionist movement over the past few years, is all set to announce that he is going to quit his campaign today.

Jayakanta, the brother of CK Raut, confirmed Republica Online that his brother is joining the mainstream politics while abandoning the separatist movement.

Amid a function to be held at the City Hall in the capital, CK Raut is making the announcement today, sharing the stage with Prime Minister Oli.

According to sources, Raut held one-on-one talks with Prime Minister KP Sharma at the Prime Minister's Official Residence, Baluwatar, earlier today. During the meeting, Raut told the prime minister that he would abide by the country's constitution, the source said.

Raut will be announcing the dissolution of the Alliance for Independent Madhesh (AIM), which was founded by him in 2011, the sources added.

Raut is scheduled to make the announcement saying that he will no longer be involved in such secessionist movements, multiple sources told Republica Online.

A meeting of the ruling Nepal Communist Party is currently underway at the PM's Official Residence, Baluwatar to discuss about the latest development.

Chandra Kanta Raut better known as CK Raut has been active in Terai region demanding that the southern plains be separated from Nepal since 2011.

The Supreme Court had ordered the release of CK Raut on bail yesterday, months after he was arrested for making secessionist remarks.

A bench of Chief Justice Cholendra Shumsher Rana and Justice Purushottam Bhandari had directed the government, the defendant in this case, to release Raut citing lack of evidence as no one named him a culprit to substantiate the charge.

Raut, the coordinator of Free Madhes Alliance (FMA), was arrested while returning from Rautahat district court on October 7 last year on charges of making comments against the state.

At a function organized to mark ‘Black Day’, the day when Nepal promulgated new constitution, Raut and his supporters had made secessionist remarks and displayed placards calling for end to “racism, colonization and genocide”. A few other placards that among other things read “Madhes is not Nepal”, “Madhes is new country in Asia” were also displayed in districts like Dhanusha, Saptari and Siraha.

Raut, while addressing supporters in Janakpur, had said that there was no alternative to Independent Madhes to save the existence of Madhes, according to a press statement issued by the Free Madhesh Alliance on September 19, 2018.