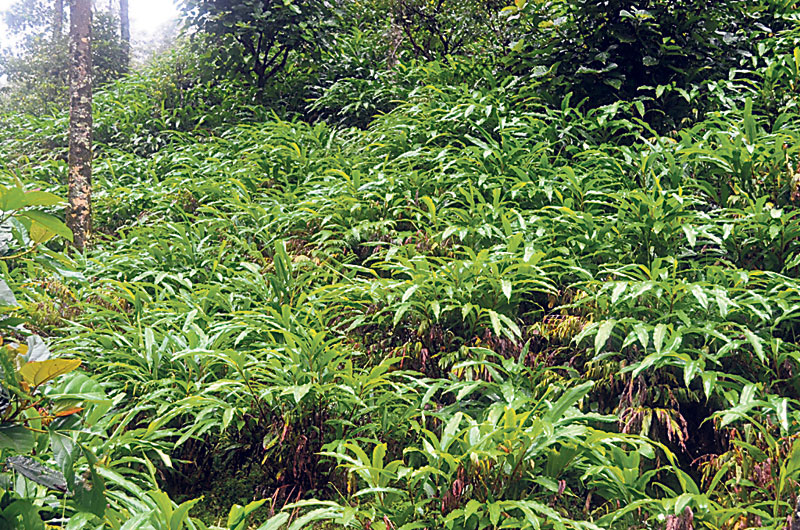 PANCTHAR, Sept 22: Price of black cardamom has been falling continuously in recent months due to low demand.

According to farmers, the price that they are offered is 50 percent less than what they had received earlier.

Deepak Nepal, senior vice president of Nepal Black Cardamom Entrepreneurs Federation, said that the price started falling from the beginning of the harvest season. “The price is around Rs 60,000 per 40 kg at present,” Nepal said, adding: “Price has come down after demand plunged.”

Production of this cash crop, often referred to as the gold of the hilly region, had fallen significantly due to pest attack some years ago. Though production is expected to increase this year, price has fallen.

Local farmers say they had not received good price for black cardamom last year too. “Though the price was good at the beginning of the season, it started to fall as the season progressed,” Tek Bahadur Kerung, a farmer, said.

Kerung did not sell his produce last year.

“The price had reached Rs 90,000 per 40 kg last November. It was expected to increase further. But started falling surprisingly,” Kerung said, adding that many farmers has last year's production in stock.

India is the main market for black cardamom grown in the district. Price in India determines the price of this product in Nepal, according to Narendra Adhikari, a trader.

Black cardamom is one of the main exportable agricultural products of the country. More than 98 percent of the local production is exported to different countries of the world via India. According to Black Cardamom Development Center, Fikkal, 5,866 tons of black cardamom was produced last year.

Black cardamom is grown in more than 40 districts of Nepal. It is mostly grown in eastern hilly districts like Panchthar, Ilam, Taplejung, Sankhuwasabha, Terhathum, Bhojpur, Khotang and Dhankuta. Data shows black cardamom is cultivated in 16,043 hectare.

KHOTANG, April 10: A Swiss citizen has died while speaking at a program of the school in Solukhumbu . ... Read More...

Govt, ASDP and NACCFL sign deal for capacity building of cooperatives in Karnali
20 hours ago