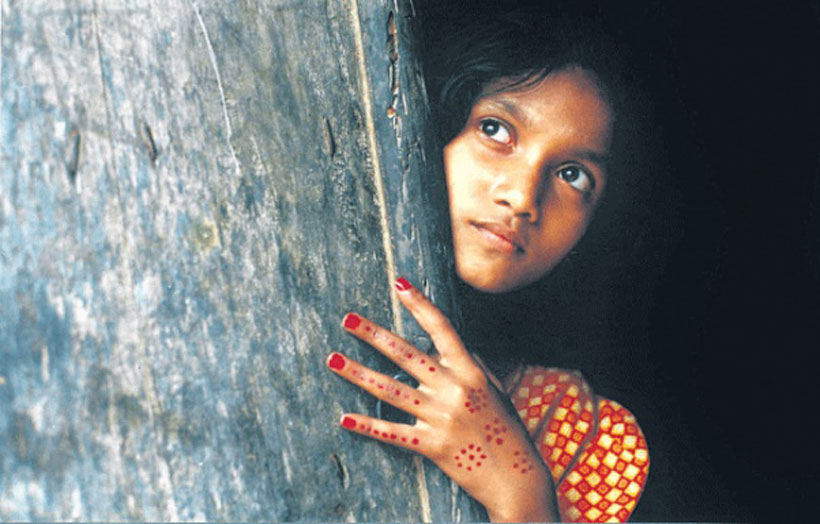 Recently, I was invited by World Vision International to facilitate a one-day advocacy workshop on children’s issue. I found the session on child marriage particularly touching.
I lost my own mother while she was still young, largely because of her marriage in her childhood. She was only 11 when she was married to my father, who was 13 at the time. She gave birth to her first child at 14, but the baby did not survive. In all, she gave birth to six children, of which three, including myself, survive.

In the latter phase of her life, she began to suffer uterus prolapse, like most other Nepali women. Early marriage is a major cause of this affliction. She could not fight it and succumbed to stage-four ovarian cancer, which had spread from her removed uterus, when she was only 40.

I can understand what it means to be married young for girls and how this can ultimately shorten their life.

Nepal is a country with a high rate of child marriage. About 37 percent Nepali girls are married before 18 and 10 percent before 15, according to a recent report of Human Rights Watch (HRW). In Tarai alone, more than half a million girls are married between the age of 10 and 14, again as per the report.

According to the United Nations Population Fund (UNFPA), over 140 million girls will become child brides between 2011 and 2020 in Eastern Europe and central Asia. It also says that Niger of Africa has the highest percentage of children married before 15. One of three children is married before 18 in developing countries.  This is scary.

Child marriage is a global challenge, putting the lives of millions of girls at risk every year. The risk of child marriage is especially high in Nepal, particularly after last year’s devastating earthquakes. Hundreds of thousands of girls and women have been rendered homeless and vulnerable. The parents might decide to marry off their young daughters who they fear will otherwise be trafficked. So we need to urgently raise awareness on child marriage and protect girls.

At the same time, we also need to address its underlying causes. Poverty is both a cause and consequence of child marriage. According to a study, women from wealthy families marry two years later as compared to women from poorest families. Many parents marry their daughters young to avoid higher dowry; others do so due to food insecurity.

Those guided by superstitious belief tend to marry off their daughters before their first menstruation, believing that it will help secure them a place in heaven after their death.
Child marriage has adverse impacts on girls. In Nepal, girls aged 15-20 are twice as likely to die during child birth as compared to older women. Girls married early are also susceptible to obstetric fistula—a condition that makes it difficult for women to control urination and defecation. Obstetric fistula can occur when the baby’s head and shoulders are too large for the mother’s pelvis. This often results in obstructed labor lasting for several days. Without timely attention, it can lead to death.

The World Health Organization (WHO) calls fistula the single-most dramatic result of neglected childbirth, which is common among women who marry young. Likewise, uterine prolapse is also common among them. Moreover, women who marry before 18 are more likely to experience domestic and sexual violence in their husbands’ households compared to the women who marry when they are older.

The government and the concerned stakeholders should treat child marriage as a grave violation of human rights and take steps to eradicate it. Even though the government has fixed 20 years as a minimum age to get married, an overwhelming majority of rural girls are married much earlier. There is a legal provision for three years of imprisonment and Rs 10,000 in fines for those who breach this law, but in reality very few child marriages come under its purview. We need stronger application of the law and strict punishments for those who force immature boys and girls to marry.

LIWANG, June 13: The District Coordination Committee (DCC), Rolpa, in partnership with the Women and Children Office (WCO) and the... Read More...

RAJBIRAJ, July 24: The police have rescued a teenager who was swept away by the Khado river in Saptari. ... Read More...