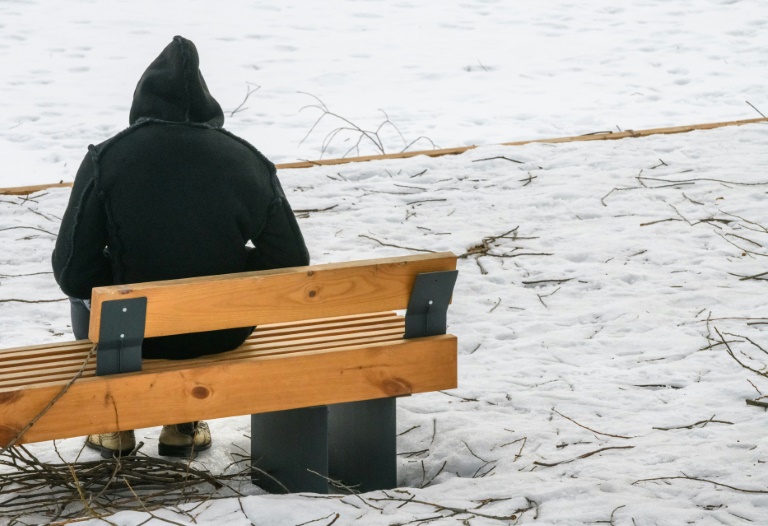 In a cramped apartment on the outskirts of Moscow, Lamin has little more than the clothes and the Bible he brought with him when he came to Russia on a temporary World Cup visa last summer.

The 23-year-old Gambian shares the two-bedroom flat with nine other people -- the youngest a newborn baby girl, the daughter of a Congolese flatmate.

Like thousands of other Africans, Lamin came to Russia during the 2018 tournament on a "Fan ID" that allowed spectators to bypass the country's usual visa requirements.

While most came purely to watch the football, others had plans to stay on and find work.

Some believed they could claim asylum in Russia or that the country would be a stepping-stone to life in Europe.

But eight months after the World Cup, their hopes have been dashed and the Russian interior ministry has said it is stepping up measures to deport all over-staying guests by the end of March.

AFP / Mladen ANTONOVLike thousands of other Africans, Lamin came to Russia during last year's World Cup on a special temporary visa for fans, which he overstayed

Lamin, an assumed name, said he needed to flee a family conflict in The Gambia because his life was in danger.

A church friend told him Russia would be easy to enter during the period it was hosting the football tournament.

Even so, it wasn't easy when he arrived.

"I was confused, I had no place to stay, the situation was tough," he said.

The former management student was eventually helped by a Liberian immigrant who shared food and offered a space in the apartment.

But during a raid in February, police found the Liberian had no valid documents and he was deported.

"I don't know what I'm going to do next, I'm totally scared," said Lamin, who has been given temporary leave to stay until the middle of March.

With the help of the Civic Assistance Committee, an organisation that works with refugees in Russia, he has put in an application for permanent asylum.

There is little hope, however, of it being granted. Official figures show that in 2017, Russia gave full refugee status to just 33 people.

AFP / Mladen ANTONOVLamin, a 23-year old Gambian, is one of some 12,000 people who stayed on in Russia illegally after his fan visa for the World Cup expired

The "Fan IDs" were originally valid just for the period of the World Cup, but President Vladimir Putin later announced they could be used for re-entry until the end of 2018.

Last month, interior ministry official Andrei Krayushkin said 12,000 people had stayed on illegally after the end of the year.

But efforts by the security services had so far reduced that number to 5,500, he told a press conference.

Daniel, who has worked with African migrants in Moscow for 10 years but did not want to give his last name nor where he works for fear of repercussions, said the World Cup had brought the biggest wave of arrivals he had ever seen.

"When they get here, they're stuck. They don't want to go back, they can't go forward," he told AFP.

"Most don't speak Russian, and without Russian, the chances are very small of finding a job."

One such immigrant is Solomon, who came during the World Cup to watch Nigeria play -- his home side. He already had plans to stay on after the tournament.

At first, the 31-year-old found work as a gardener but is now unemployed.

"In Nigeria, there is no job, no good politics, no good life," the engineering graduate said.

"I just want to stay here for a little time, so that I am able to work, get some money and go to another place."

He is "very worried" about the interior ministry's March deadline, but says he has no plans to leave of his own accord.

AFP / Mladen ANTONOVRights groups say that most African migrants don't speak Russian, and without that, they stand very little chance of finding work

A few in extreme circumstances have been granted leave to stay beyond March.

Victoria came from Nigeria on a World Cup ticket with plans to study in Russia, but on arrival, the 22-year-old discovered she had been trafficked into prostitution.

A woman came to meet her at the airport, took her back to a flat and told her to take off her clothes.

"She took my passport and my Fan ID," Victoria said.

After being forced to work as a street prostitute, Victoria got in touch with the anti-trafficking NGO Alternativa and managed to escape.

The organisation has helped her obtain permission to remain until the summer, and she has found some work in a shoe repair shop.

"I want to stay in Russia," she told AFP at the NGO's central Moscow office.

"Not to stay permanently -- I just want to have some money, so that at least when I go back to Nigeria I can start a business."

But others who were trafficked, like 20-year-old Progress, remain in a state of limbo.

Alternativa is preparing an application for an extension so that "maybe I can stay in Russia," said the young Nigerian woman, who was also forced into prostitution.

"A lot of the girls who came with me are still working. They are too scared to leave."

KATHMANDU, April 15: Nepal has defeated Malaysia in the third match held under the ICC U-19 One Day World Cup,... Read More...

RUSSIA, Feb 5: Many thought the football craze in Russia would not last and the shiny new stadiums built for... Read More...