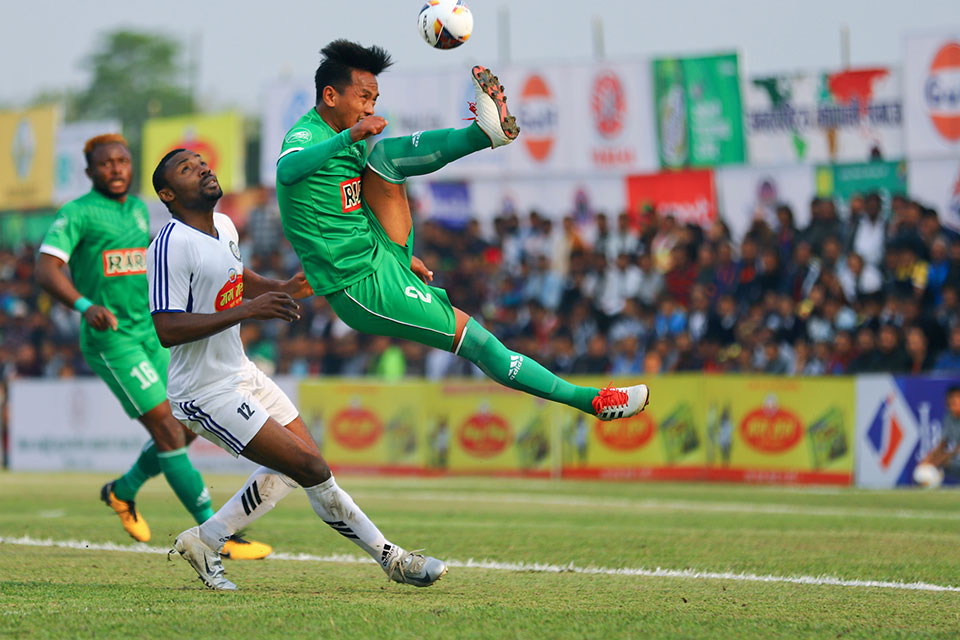 DAMAK, March 3: Host Jhapa XI has advanced into the quarterfinals of the ongoing fourth Magmag Jhapa Gold Cup with a 2-0 win over Pokhara’s Sahara Club in Jhapa on Saturday.

In the opening match played at Domalal Rajbanshi Stadium in Birtamod, goals from captain Kazeem Bukhari and Sanjok Rai led Jhapa XI to victory. Rai also gave an assist to the Bukhari goal.

Rai, who came in the game in the 36th minute, gave a pass to Bukhari, who scored the opener in the 40th minute. Bukhari, who was unmarked at the danger area, scored for Jhapa.

Rai scored his goal in the 45th minute after Yogesh Gurung gave him a pass.

Jhapa ended the first half with a 2-0 lead, and controlled the tempo of the game in the second half with attacking football.

Sahara Club was never in the game as it could not create more chances.

Bukhari got a chance to complete his brace, but missed a one-vs-one situation in the 61st minute. The team got other chances too as Rai hit a strong shot, but Jhapa keeper saved it two minutes later.

Rai was named the man of the match and was rewarded with Rs 15,000.