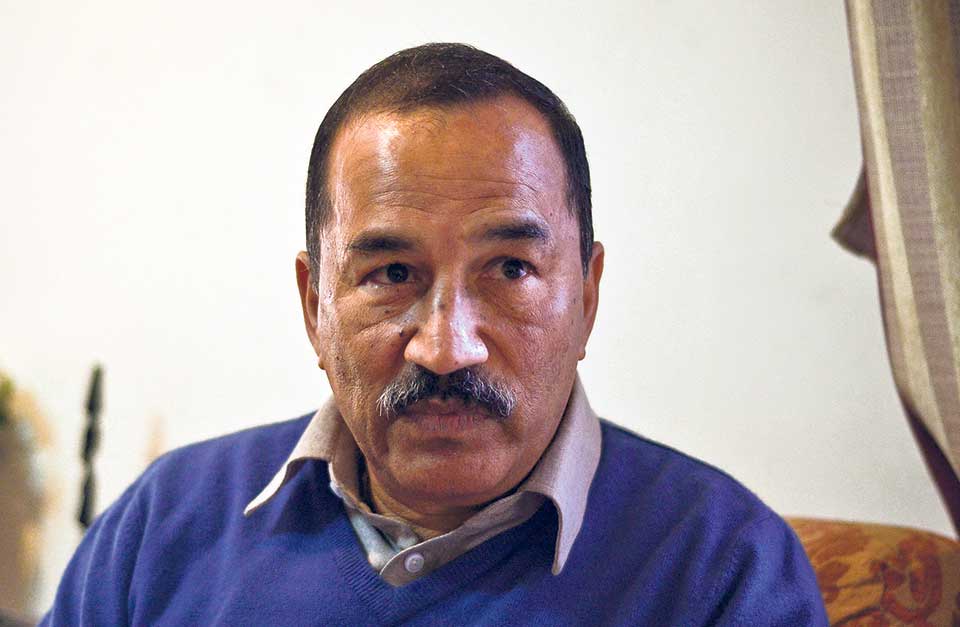 KATHMANDU, March 2: Rastriya Prajatantra Party (RPP) Chairman Kamal Thapa has said it was a strategic blunder to join the government led by Pushpa Kamal Dahal after the promulgation of the new constitution.

The RPP had decided to join the government formed after unceremoniously ousting then prime minister K P Sharma Oli, who stood up to India for its inhumane economic embargo against Nepal immediately after the promulgation of the new statute in September, 2015.

Speaking at a function organized in Itahari on Friday as part of the party's Mechi-Mahakali Campaign , Thapa said although the party had earned credibility as a nationalistic force when it become part of the Oli government it lost all that credibility once it chose to join the government formed after Oli's ouster.

“Our party was accused of power mongering and ditching its agenda of Hindu state and reinstatement of the monarchy. Joining the Dahal government was a strategic blunder ,” Thapa said.

The formation of Dahal's government back then after ousting Oli was widely seen as Indian handiwork. People's perception of the RPP, according to party leaders, greatly changed after it chose to join the Dahal government with its soft stance toward India despite the months-long economic embargo .

According to the party's Publicity Department Chief Mohan Shrestha, Thapa argued that the move drew ire against the party leadership rather than the party as a whole. “People did not like us joining the Dahal government. I want to clarify that the RPP has not changed its agenda. It sands by its demand for Hindu state with monarchy and nationalism,” Thapa had clarified.

Friday marks the third day of the RPP's National Swabhiman (Self-respect) Campaign . The comprises over 300 RPP leaders and cadres organizing rallies in different locations with the participation of local leaders and cadres as it marches from the far east to the far western of the country.

Dogs are our friends. Why cannot wild dogs be?
14 hours ago

IN PICS: People march in capital, calling for restoration of monarchy in Nepal
6 hours ago

Three dead, one injured in  Solukhumbu road accident
9 hours ago