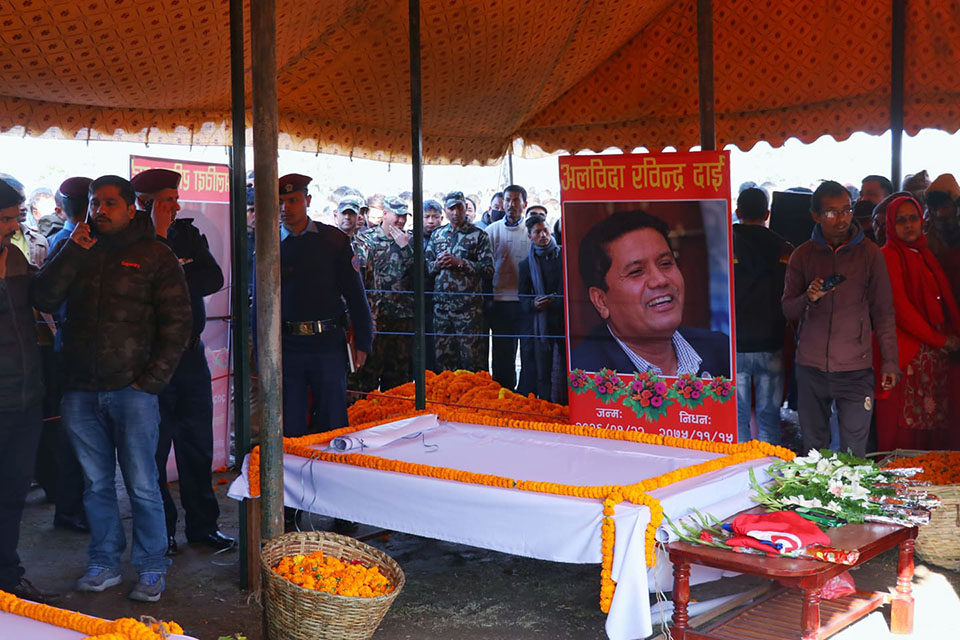 KATHMANDU, Mar 1: A public condolence ceremony scheduled for Thursday to pay final tributes to those killed in the Air Dynasty crash in Taplejung has been postponed to Friday morning after the ongoing autopsy process was prolonged. A large number of well-wishers of the deceased in the helicopter crash were forced to return home late on Thursday from Tudikhel after the plan to allow the well-wishers and general public to pay the final respects was canceled at the last moment.

Till 7: 00 pm Thursday, the postmortem of none of the bodies could be conducted. “We have just completed the postmortem data of the five deceased whereas the data collection for the remaining two deceased is yet to complete,” said Dr Harihar Wasti, Chief Consultant at Forensic Medicine Department of Tribhuvan University Teaching Hospital.

The autopsy will be completed only when the forensic experts match postmortem data with the ante mortem data. “But we will complete our task by tomorrow anyhow,” said Wasti.

The remains of the deceased in the helicopter crash will be kept for paying the final tributes at Tudikhel from 8 to 11 am Friday.

President Bidya Bhandari, Prime Minister KP Sharma Oli, ministers, leaders from the ruling and opposition parties, well wishers and the general public are expected to pay tribute to all the deceased.

Shortly after the remains of those who died in the crash were brought to Kathmandu airport, they were taken to Tribhuvan University Teaching Hospital for autopsy.

After public tribute, the dead bodies will be handed over to the members of respective families tomorrow itself.