6 left stranded on top of crane encircled by flood 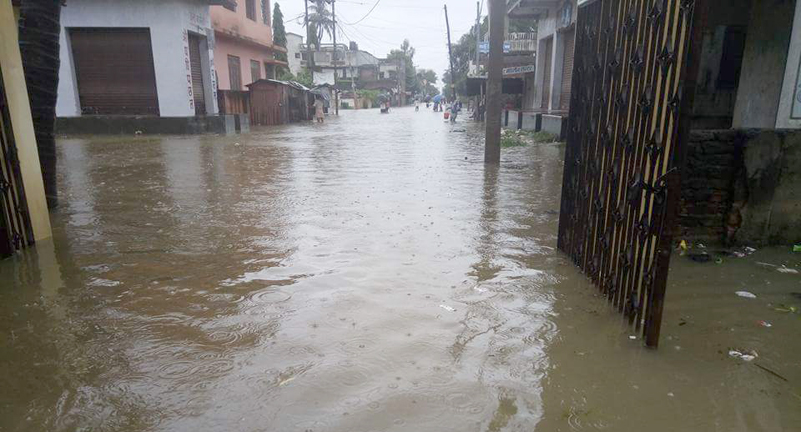 GAUR, August 13: Floods have inundated different parts of Rauthat. Gaur Municipality located in the district headquarters is filled with water. According to Rauthat Police, more than 400 houses in the district have been submerged in the floods.

According to Police, the flooding in such rivers in the district as Lal Bakaiya, Bagmati, Jhajh, Chadi, Aruwa and Lamaha has inundated those areas.

Six workers have been left stranded in the bridge under construction in Samanpur of Rauthat. They are waiting to be rescued by sitting on the top of crane.

According to Madan Kumar Thakur, Sub-Inspector at Area Police Office, Samanpur, the higher level of flood has been an impediment to the rescue process.

‘Who did the government sign a deal with to remove the 7-year system from the Citizenship Bill?’
23 hours ago

Price of gold declines
36 minutes ago