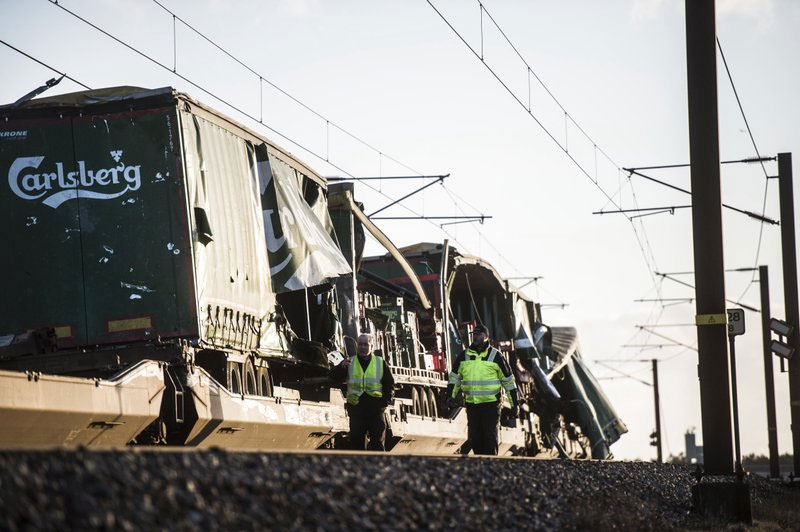 The rail operator, Danish Railways, earlier told Denmark’s TV2 that the victims were passengers on a train going from the city of Odense, on the central Danish island of Fyn, to Copenhagen when the accident took place about 8 a.m. local time.

Danish media reported that a tarpaulin on a freight train hit the passenger train, which was going in the opposite direction, prompting it to brake suddenly.

The Storebaelt bridge is part of a system of bridges and a tunnel linking the Danish islands of Zealand and Funen.

Denmark’s TV2 showed images of a freight train with the tarpaulin that covered the train torn in pieces.

Flemming Jensen, the CEO of state-owned Danish Railways, said police and the Danish Accident Investigation Board are investigating the damages. He said the operator “will contribute everything that we can to the investigations.”

In a statement, police urged passengers to contact next of kin to inform them of their safety and urged people not to share photos and videos of the accident.

The accident took place on a road-and-rail bridge, part of a transport system consisting of a road suspension bridge and a railway tunnel.

The transport system was closed to cars overnight because of strong winds but trains could pass. Road traffic resumed Wednesday with a 50 kph (31 mph) speed limit.

The skeletons of two related Viking-era men, one who died in central Denmark and the other who was killed in... Read More...

KATHMANDU, June 21: Jedinak's equalizer from the spot kick levelled the score. Denmark took an early lead in the game from... Read More...