6 dead in blast at district headquarters in Somali capital 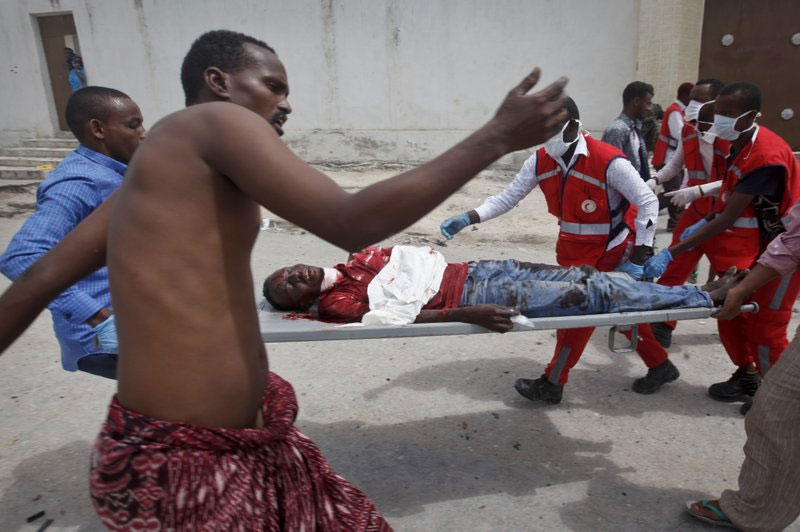 NAIROBI, Kenya, Sept 10: At least six people are dead after a suicide bomber detonated an explosives-laden vehicle at the gate of a district headquarters in Somalia’s capital, authorities said Monday.

An Associated Press journalist saw at least seven bodies at the scene, while the Aamin Ambulance service said the toll was at least six with another 16 wounded. Hussein said most victims were district workers and soldiers.

The al Qaida-linked al-Shabab extremist group claimed responsibility for both attacks. The Somalia-based group often targets the capital with bombings, including a truck bombing in October that left at least 512 people dead.

Mogadishu residents have been dismayed by the car bombings that occur despite multiple checkpoints and hundreds of soldiers inspecting vehicles entering the city. The government has blocked most back streets as part of a new security strategy aimed at preventing attacks.

Somali troops are meant to take over the Horn of Africa nation’s security in the coming years from an African Union force but concerns about their readiness remain high.

The U.N. Security Council recently voted to delay the reduction of troops in the AU force from October to February and the target date to hand over security to Somali forces to December 2021.

KAPILVASTU, Dec 2: The house of Dinesh Jayaswal, candidate to the State Assembly (1) in constituency 1 of Kapilvastu was hit... Read More...