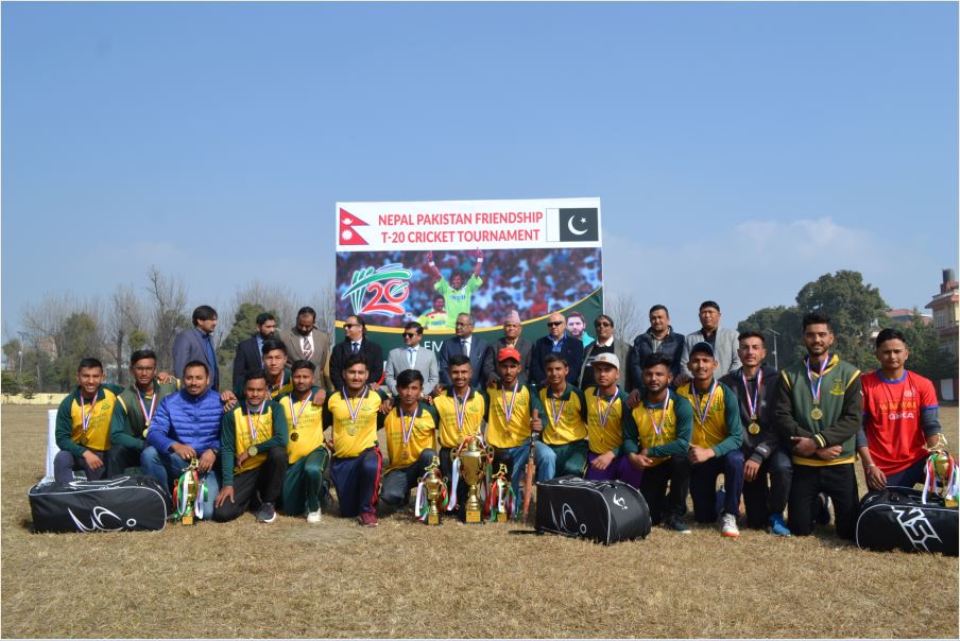 A grand total of 16 cricket clubs all around from Nepal participated in the 10 day event which was the fifth annual cricket tournament organized by the Pakistan Embassy in its ground.

In a bid to promote cricket and young players, 14 year old Ans Agarwal was awarded with special recognitionfor being the youngest player in the tournament.

The President of Cricket Association of Nepal (CAN) Chatur Bahadur Chand gave away prizes to the winning teams and players. Similarly, former President of the CAN, Binay Raj Pandey, was also present in the prize distribution ceremony after the completion of the successful cricket event program.

Speaking in the occasion, Chand lauded the efforts of the embassy in organizing the annual event and pointed at a huge potential to develop bilateral relations between Pakistan and Nepal through organizing such sporting events.

The ambassador vowed to further energize the embassy’s efforts to bring the youths of two countries closer by means of sports.