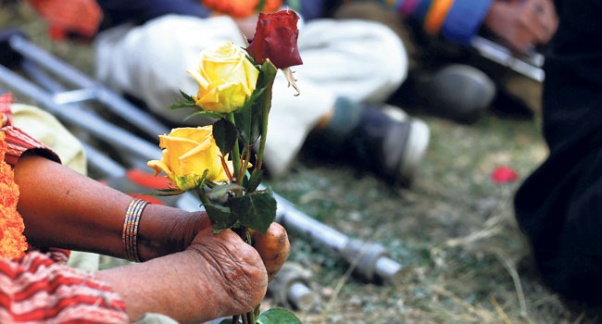 KATHMANDU, Feb 17: Annually, some 3,000 leprosy patients are found in Nepal despite the completion of a decade since the government announced the elimination of the disease.

Today, leprosy is curable unlike of the past. Delay in treatment or in case of absence of treatment, it may or cause significant disfigurement, causing damages to skin, nerves, limbs and eyes.

Delayed awareness about the disease exists in Nepal as its noticeable symptom-patches on the skin- becomes visible lately as it grows very slowly and this is the reason behind most cases, patients reach the medical facilities very late seeking treatment when the disease has already affected limbs and other organs leading to the vulnerability of mutilation.

The disease is caused by the bacteria named Mycobacterium leprae. Red or lesions on the skin and lack of sensation are the signs of an early stage of leprosy.

The Lele-based Anandawan Hospital which provides the treatment for this bacterial infectious disease says the disease first attacks the nervous system. The affected ones have prescribed the treatment of nervous system and the leprosy treatment gets medically postponed, leprosy specialist Dr Mahesh Shah said.

The hospital statistics show that among the patients arriving in the hospital, some 10 percent do not manifest skin lesions.