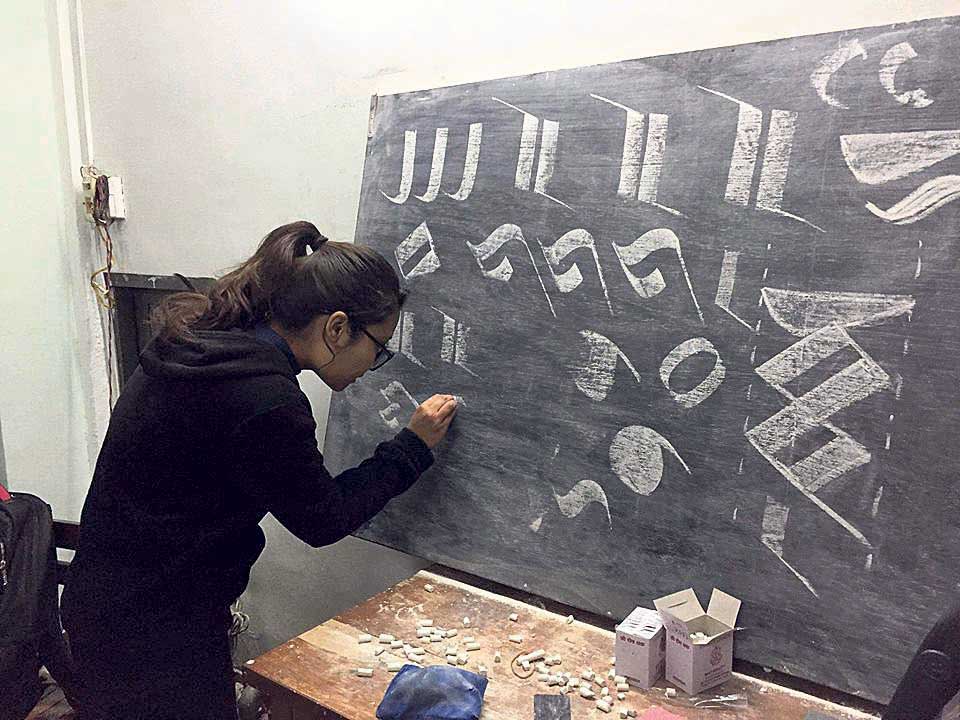 If you’re looking to learn more about Nepal’s culture and the different kinds of languages spoken here, you might be interested in joining a session of Ranjana Lipi Calligraphy Workshop by the Callijatra team. Although the workshop will not delve deep into the various kinds of scripts (Lipis), it will give a thorough introduction to one particular script: Ranjana Lipi.

According to Sazeena Nemkul, operations manager at Sattya Media Arts Collective, Sattya Media team had previously worked with the Callijatra team on a different project and they decided to offer their services for a session of Ranjana Lipi Calligraphy Workshop too.

The workshop will focus on calligraphy techniques for Ranjana script as well as learning the script’s rules. You will also be taught how to use various calligraphy tools besides reading and writing basic Ranjana letters and the basics of Kutakshar that is the vertical writing system of Ranjana Lipi.

“The workshop is only three hours long so we can’t teach everything that we have learnt about the script. But we will teach as much as we can,” says Ananda K. Maharjan, graphic and type designer, font creator, stylist, and one of the founding members of Callijatra.

Maharjan mentions that even though a lot of people are involved in the Callijatra team, not all of them can take some time off their busy schedules for workshops. He adds that he and the other three members who are conducting the upcoming workshop are the ones who are more involved with the workings of Callijatra than anyone else.

Nemkul says that because the Ranjana Lipi Calligraphy Workshop is a free workshop and doesn’t have any prerequisites (or skills that participants should know before joining), the pre-event booking filled up very quickly. She reveals that Sattya Media Arts Collective had initially been taking in online applications from people who wanted to attend the workshop. But because they got a lot of applications in a short time and all the seats got reserved very quickly, they scraped that idea and are currently not taking new entries.

However, Maharjan says that the Callijatra team will continue conducting the Ranjana Lipi Calligraphy Workshop in the future too, and that all information will be updated on Callijatra and Ranjana Lipi’s Facebook and Instagram pages.