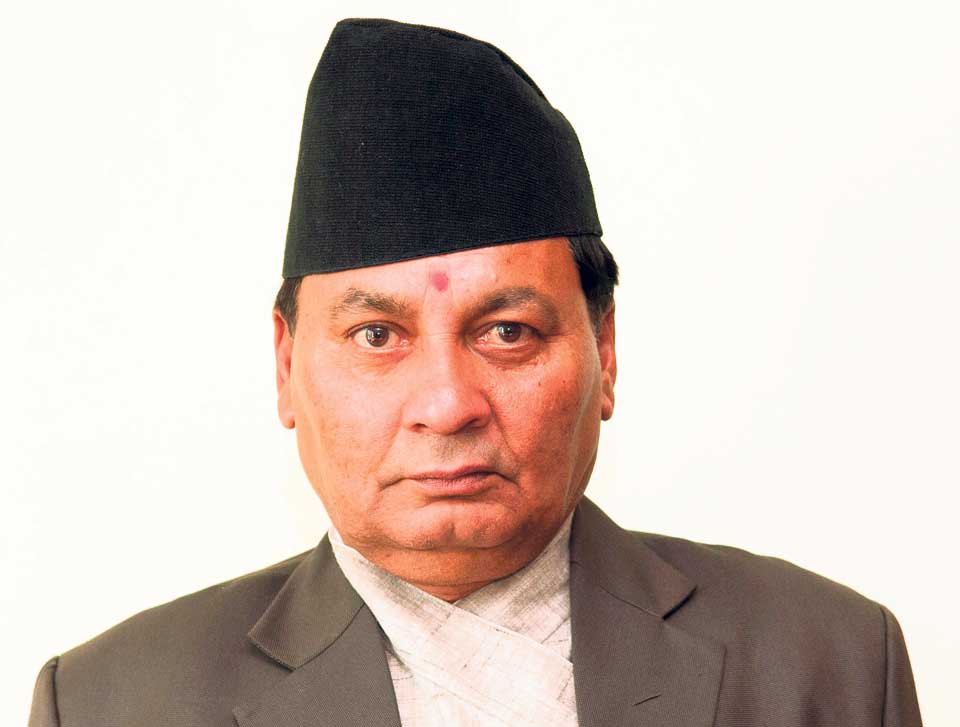 KATHMANDU, Feb 14: Parliament is expected to begin the impeachment process against Raj Narayan Pathak, one of the commissioners at the apex anti-corruption agency, for allegedly receiving a bribe from the management committee official of an engineering college in Bhaktapur in return for promising to resolve an ownership row in his favor.

Online news portal nepalkhabar.com was the first to break a story about Commission for Investigation of Abuse of Authority Commissioner Pathak's involvement in bribery. A little later, Kantipur online run a more detailed story including an interview with Pathak in which he indirectly sought help from reporters in the bribe case.

Shortly afterwards, Prime Minister KP Sharma Oli ordered ruling Nepal Communist Party lawmakers to initiate the impeachment process against Pathak if he did not step down voluntarily. NCP Deputy Parliamentary Party Leader Subas Nembang discussed collecting the signatures of lawmakers to register an impeachment motion against Pathak.“He must resign without further delay. The CIAA should then take him into custody and begin investigations into the bribery charge,” said Yogesh Bhattarai, an NCP lawmaker adding, “Otherwise, parliament will play its role .”

Bhattarai said discussions are underway among lawmakers from both the ruling and main opposition parties on the impeachment if Pathak is reluctant to step down.

CIAA chief Nabin Ghimire has reportedly conveyed the message that he should quit instead of facing the impeachment motion in parliament.

Pathak was picked as commissioner of the anti-graft body in 2015 by the Constitutional Council headed at the time by then prime minister Sushil Koirala. Pathak, a retired deputy attorney general, was recommended as CIAA commissioner by Madhes-based parties as part of sharing of the spoils among major political parties. The sharp-minded Pathak was known among colleagues for involvement in bribery for settling cases when he was at the Office of Attorney General.

After appointment as CIAA commissioner, he was accused of misusing his authority by leaking question papers for the postgraduate medical entrance examinations to enroll his daughter, and of accumulating unexplained wealth. “I'm not surprised over the news of Pathak's involvement in bribery. Rather, I'm concerned why the CIAA delayed arresting him and initiating investigations,” said former CIAA chief Suryanath Upadhyay.CIAA officials said Pathak didn't attend office after the bribe story broke. “He has not come to office. It's a personal case and he will face action accordingly if his involvement is established ,” said CIAA assistant spokesperson Madan Koirala, adding, “This does not affect the institution in any way.”What was the college row

Dispute had emerged over the ownership of Chagunarayan-based Nepal Engineering College. Lambodar Neupane, who chaired the college management committee, was for changing the college registered as a non-profit into a private company and registering it at the Company Registrar's Office. But other committee members opposed the idea. They registered a complaint at the CIAA back in July.

At the time Pathak used to oversee corruption cases at the CIAA related to the education sector. Shortly after the complaint was registered, he summoned Lambodar to discuss the matter. At the meeting Pathak demanded Rs. 3.8 million and promised to favor transforming the college registration. Pathak later demanded an additional Rs 4 million, arguing that this was a dispute involving billions.

'If you don't give me the additional amount I will take you into custody,” Pathak reportedly warned Lambodar. Neupane capitulated and provided the additional money as demanded.

Pathak, however, didn't initiate any step toward helping transform the college into a private organization. Asked about the delay, Pathak promised to settle the matter himself once he took charge as CIAA chief. Frustrated over the delay, Lambodar complained to a group of brokers involved in meditations between Pathak and himself. Lambodar also demanded that Pathak return the money he was given.

But Pathak was reluctant to return the money and the disgruntled side recorded in audio and video conversations between Pathak and Neupane to substantiate the commissioner's involvement in bribery. The audio and video tapes were provided to the CIAA and to journalists.

UPDATE: Raj Narayan Pathak, one of the commissioners at the CIAA has resigned from his post. Pathak handed his resignation... Read More...

KATHMANDU, Nov 11: Lawmakers have described the impeachment motion against Chief (presently suspended) of the Commission for the Investigation of... Read More...