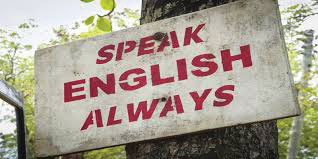 Overemphasis on English in Nepal’s schools at the cost of local languages and culture is detrimental, linguistically, cognitively and psychologically, to overall development of children

The academic community in the US was in a heated debate over an email sent by a professor at Duke University last month. According to the screenshots of the emails shared on the social media the international students, especially of Chinese origin, were asked to stop using language other than English in the university premises by Dr Meghan Neely, assistant professor and director of the Graduate Studies in Biostatistics Program.

In her email, the professor mentioned that she wanted the students to “commit to using English 100 percent of the time” and warned them to “mind” when they chose to speak Chinese in the building even outside the classrooms. In a rather threatening tone, she further stated that if the students did not refrain from speaking languages other than English in the university, they might have to face “unintended consequences” if they were “interviewed for an internship or asked to work with the professors for a master’s project”.

The students made a petition to investigate this matter and urged Duke University “to investigate Professor Megan Neely’s discriminatory emails”. In the petition, the students have mentioned that they were “disheartened…when Duke’s faculty members implied that students of diverse national origin would be punished in academic and employment opportunities for speaking in their native language outside of classroom setting”. The university has apologized over this matter and asked Professor Neely to step down after the incident was widely criticized.

However, it is clear from the email that the international students were not asked to practice English based on their English language proficiency. Neither was the professor referring to their behavior in an English language course aiming to improve their communication skills. The email evidently demonstrates condescending attitude and bias of the monolingual English speakers toward the multilingual users. It is just another example of discrimination that international students face in different forms in US universities.
It is unfortunate that the professor wanted the students to mask the identity of the students’ home country and native language. Moreover, the incidents like this are constant reminders that societies around the world have deep rooted biases against the people from minority communities.

To condemn students for not using a particular language outside the classroom contexts is a sheer lack of respect to the diversity and personal linguistic rights of the students. This is racist and intimidating to the large body of international students studying in the US for decades. Moreover, the universities should take the presence of multilingual and multicultural students as an opportunity to develop the cultural sensitivity of the domestic students who would otherwise not get the opportunity to experience the diverse world unless they travel outside the US.

Lessons for Nepal
The incident can make an interesting case for education in multilingual Nepal. As language in education has always been a contested issue in Nepal, those involved in the field of education should learn lessons from this particular case of the US.

The present linguistic practices in our schools illustrate that parents and teachers believe teaching English in isolation is the best way to improve their children’s proficiency in the language. They don’t seem to be aware of the fact that the languages that children already know do not create a barrier to learn a new language. In fact, learners’ prior linguistic knowledge helps them to connect well with the new language they are trying to learn. To make it simple, languages do not function like enemies but as friends.

With the widespread growth of English medium schools in Nepal, there is an urgent need be aware of the value of inclusive linguistic practices in education. The schools can start by teaching the children in their mother tongues at least in primary grades and then gradually shift to other languages such as Nepali and English. In a long run, this will help them achieve the goal of quality education as the children will develop a solid foundation in the literacy and numeracy in a language they feel comfortable with.

Researchers have considered use of children’s home language for instruction in the early grades as one of the most important factors for students’ success. Therefore, the schools should promote the use of the multiple languages in education. If this sounds ambitious in the beginning, they can introduce one language at a time and gradually move to more.

Resetting the path
English is undoubtedly the most widely used language in the world and is the major language in the field of business, tourism, aviation, diplomacy, technology and many more. It is also the language in which nearly 80 percent materials are either written or translated. This suggests that knowing English opens the doors of opportunity for education, employment and international collaboration. Therefore, the children in Nepal should be taught English and provided good resources to develop the skills to be successful in their life. But the fact that it is the dominant language in the world should not be taken as the reason to use it at the cost of the linguistic, psychological and emotional development of the children.

The overemphasis laid on English language in schools in Nepal at the cost of local languages and culture is detrimental, linguistically, cognitively and psychologically, to the overall development of children. We need to focus more on developing content knowledge, instill positive values and equip the students with life skills. The mere knowledge of any language without these skills does not prepare the children to contribute for the development of our societies.

It is a common fact that most of English medium schools in Nepal force their students to use ‘English only.’ Dictating the students on what language they should use in their personal conversation with friends does more harm than good.

The schools and teachers need to look at the whole multilingual repertoire of children and help them learn new languages. Telling students not to use the language they feel comfortable in using doesn’t support them in learning anything. Rather it injects in them the inferiority complex and low self-esteem toward their own language and identity.

No place and person other than schools and teachers can teach students to value the diversity of the word as it is. Therefore, teachers should play the key role in debunking the monolingual myth deeply rooted in our education system and take a leading role in teaching the children to respect diversity. This will help us create a society that not only cherishes self-identity, but also values people from different background.

The author, currently pursuing graduate degree at Minnesota State University, is a Lecturer at Central Department of Education, Tribhuvan University

Discussion on English as medium of instruction

KATHMANDU, Jan 24: A ‘Languages in Education’ symposium held by British Council Nepal on Tuesday discussed the use of English as... Read More...

MANCHESTER, Nov 2: There's a new craze sweeping through the Premier League — and it spells bad news for the traditional center forward. ... Read More...

Corruption control is a challenge: PM
32 minutes ago